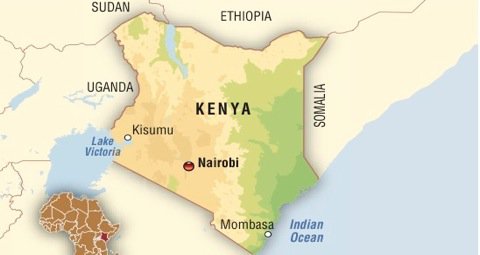 Kenya signed a $66 million financing agreement with the French Agency for Development (AFD) on Wednesday, to modernise its second largest airport in the port city of Mombasa. Moi International Airport is a key entry point for tourists with more than eighteen airlines flying in directly from Europe. It offers connections to more than twenty cities in the region. The port city is a renowned tourist destination with an average of one million tourists visiting the Coast of Kenya annually; but this number has declined in recent years because of attacks linked to Islamists, which led some western countries to issue travel warnings over the region. Lucy Mbugua, Kenya Airport Authority’s managing director, said the loan would fund the rehabilitation of the airport’s airside pavements, including ground lighting and upgrading of power and water supply. The east African nation has been building new terminals and runways in its other main airports in Nairobi and in the western city of Kisumu, to cope with growing demand for air travel by locals and foreigners. Yves Boudot, AFD’s regional director, said the loan was intended to help upgrade the airport in a wider move to position Kenya as the region’s key business hub. “In Kenya, air transport is a key issue for channelling hard currencies coming from tourism and high-value exports for perishable goods, like flowers and vegetables,” Boudot said during the signing of the deal. *Source theafricareport]]>