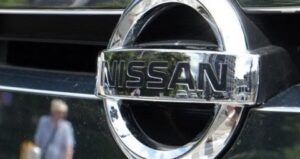 PHOTO©REUTERS[/caption] Japan’s Nissan Motor Company, which is aiming to bolster fallen market share in Kenya, would be open to building a local assembly plant if the government took action including changes to import duties on new and used cars, a senior executive said. East Africa’s biggest economy has attracted dealerships such as Porsche in recent years to serve growing wealthy and middle classes. Nissan has a dealership in Kenya, and could add an assembly plant to go along with manufacturing operations it has in South Africa, Nigeria and Egypt, said Takashi Hata, Nissan’s senior vice president for Africa, Middle East and India. “We are ready to discuss and we are ready to seriously consider to go for the investment,” Hata told Reuters during a visit to Nairobi over the weekend, provided the government took action such as setting different tariff levels for importing new and used cars. The government would also need to boost electricity supplies and cut red tape for new businesses, he said. Mike Whitfield, a Nissan executive based in South Africa, said Kenya’s import duties were currently not favourable. “Generally, to justify local assembly you need to have a gap of approximately 35 percent,” Whitfield said, referring to the difference in tariffs on importing used and new cars. He said with the tariffs currently at parity, the ratio of used cars sold in Kenya versus new ones was 10 to one. Nissan aims to raise its market share in Kenya above 10 percent a year from now after sales fell to single digits from about 15 percent in 2012, the company officials said. The automaker made changes to the distributorship, marketing and advertising of its cars in Kenya in August. It appointed two South African firms and a Kenyan company to jointly run its dealer network for service and sales, replacing long-time franchisee DT Dobie. *Source Reuters/theafricareport]]>