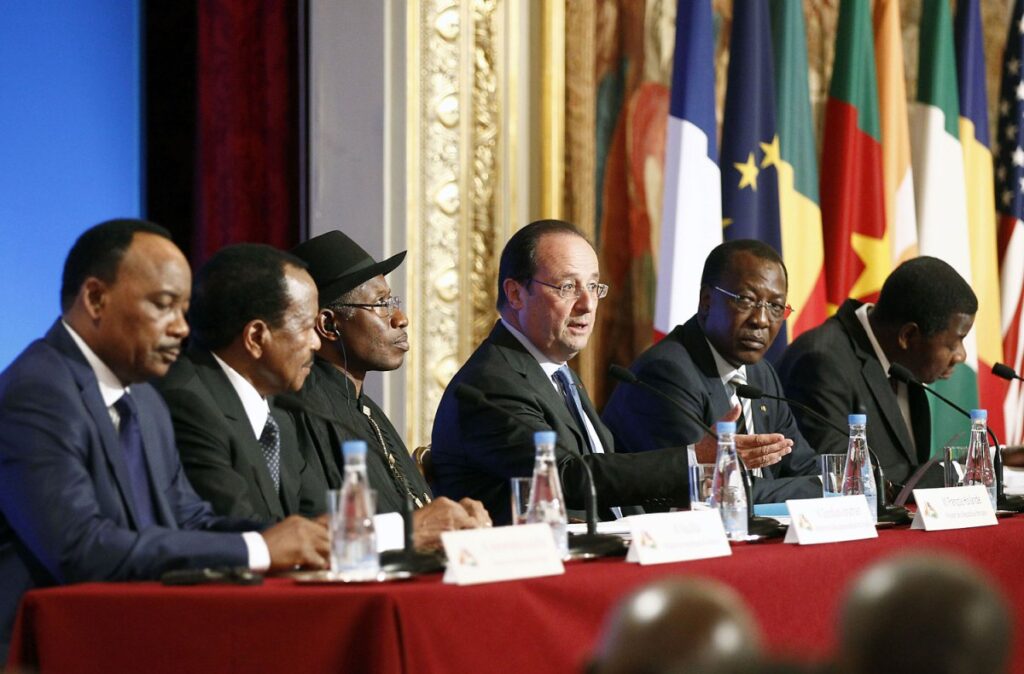 French President Francois Hollande warned African leaders on Thursday against trying to modify constitutions to stay in power and said they should learn from the forced departure of Burkina Faso’s president Blaise Compaore.

Hollande, who heads to Senegal on Friday for a summit of French-speaking nations, including from West Africa, is trying to balance managing Paris’ regional interests, its colonial past, but also its desire to push for greater democracy.

Despite writing to Compaore urging him to step down three weeks before a popular uprising swept the Burkina Faso leader from power, Hollande has been criticized at home for not outlining his position sooner.

“The departure of Blaise Compaore can serve as a lesson to a lot of leaders, not just African ones,” Hollande said in an interview to France 24 TV channel. “You don’t change the constitutional order for personal gain,” he said.

As well as historic ties, France has thousands of troops fighting al Qaeda-linked Islamists in Africa and peacekeeping in Central African Republic, making it an influential voice in the region.

However, Hollande said the days of those countries being under France’s “guardianship” were over.

From Congo Republic to Benin, Democratic Republic of Congo to Rwanda, several autocratic rulers are approaching the end of their mandates amid concerns that they may try to cling to power by changing their countries’ laws.

When asked about countries like Chad, Cameroon, Togo and Gabon, whose leaders have no limit on their time in power, Hollande said that free and democratic elections should be ensured.