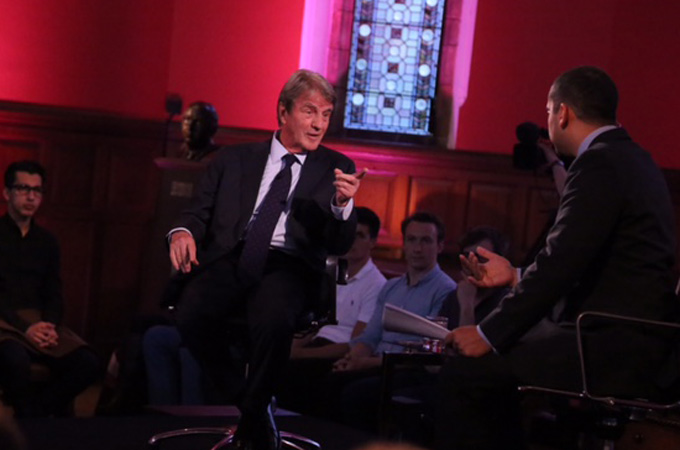 Kouchner says he has ‘done his duty’ as foreign minister by restarting Rwanda-France ties [Al Jazeera][/caption]Bernard Kouchner, the co-founder of Médecins Sans Frontières (MSF) and a prominent French public intellectual, has said France should apologise for its role in the Rwandan genocide. Kouchner, 75, who was foreign minister under President Nicolas Sarkozy, made the remarks on Al Jazeera’s Head to Head programme, which airs on November 14. This is the first time a senior French politician, and a former member of the government, has made such a public admission. Kouchner told Head to Head‘s Mehdi Hasan and the audience at the Oxford Union that although in Rwanda “the French soldiers never killed anybody”, France had trained Rwandan soldiers “for three years”, some of whom went on to perpetrate massacres. Kouchner, who witnessed the 1994 Rwandan genocide as a doctor there, said that later, as French foreign minister, he had “done his duty” towards the country by restarting relations and organising Sarkozy’s visit in February 2010, the first by a French president since the genocide. Kouchner’s comments come in the wake of increased tensions between Rwanda and France over the tragic events of twenty years ago. In an interview in April to Francois Soudan of Jeune Afrique, Rwandan President Paul Kagame blamed France directly for the killings, condemning the “direct role of Belgium and France in the political preparation for the genocide and the participation of the latter in its very execution”. Whilst Belgium has apologised for its role, France never has. Stand on Gaddafi visit Kouchner also said during the interview that he was fiercely opposed to Libyan leader Muammar Gaddafi’s official visit to Paris in 2007 and insisted that he had “refused to meet Gaddafi”. Pressed by Hasan on why he remained part of the government if he was so opposed to the visit, Kouchner explained his decision as a “contradiction in politics”. Kouchner, who was head of the UN Interim Administration Mission in Kosovo, from 1999 to 2001, rebutted an the UK-based rights group Amnesty International’s report of 2013 accusing UNMIK of failing “to investigate the abduction and murders of Kosovo Serbs in the aftermath of the 1998-1999 conflict”. “Amnesty International was sitting on their ass” while “we were stopping a massacre”, he said. He defended the intervention in Kosovo as “one of the UN’s successes”. Discussing the concept of humanitarian intervention and the “right to interfere”, Kouchner, who is considered one of the architects of the doctrine, said it is “better to save one life than to do nothing,” and that he is “always on the side of the victims”. Kouchner also said on Head to Head that he believes the “UN Security Council needs reform” to include more African, Latin American or Asian members, and to ensure the future of the Responsibility to Protect (R2P) doctrine. *Source Aljazeera]]>