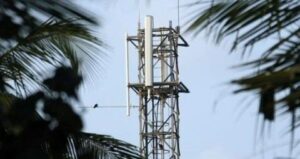 Nigerian phone tower group IHS has raised $2 billion in equity and $600 million in debt in what it says is the biggest equity fund raising by an African company this decade. IHS, the continent’s largest tower company, will use the money to finance infrastructure spending and recently agreed acquisitions, according to a company statement on Monday. It said the equity funding was from new and existing shareholders, but did not provide further details. The loan facility is split into two parts: a seven-year tranche of $500 million denominated in U.S. dollars and an eight-year tranche of $100 million in Nigerian naira. Ecobank, Standard Chartered, Standard Bank, Investec and the World Bank’s International Finance Corporation (IFC) participated in the loan, IHS chief executive Issam Darwish told Reuters. “This is the largest equity raising by a private entity for the past 7-8 years in Africa — you’ve had mining, banks and now telecom infrastructure as a standalone sector is commanding this much interest from the international markets,” said Darwish. “This sends the right signal, it’s saying the international investor community believes in Africa and they’re putting a substantial amount of money behind that.” Building and maintaining mobile communications towers in Africa is typically more expensive than in other regions because of security costs and electricity shortages, while revenue per user is often lower. That has prompted many mobile operators to sell or lease towers to specialist companies such as IHS, which can reduce building and maintenance costs by hosting multiple tenants — mobile operators and Internet providers — on the same towers. In September, South Africa’s MTN agreed to sell 9,151 mobile towers in Nigeria to a new joint venture with IHS in a deal MTN said would cut its costs and boost its call and data capacity in Africa’s most populous country. That was MTN’s fifth tie-up with IHS following deals in Ivory Coast, Cameroon, Rwanda and Zambia. IHS in August agreed to buy and lease back 2,136 towers from Etisalat Nigeria, a unit of Abu Dhabi’s Etisalat. Darwish said a “substantial part” of the money IHS has raised would go towards paying for its recent acquisitions, with the remainder spent on boosting its infrastructure in the five countries it operates in. He said IHS would complete the two acquisitions soon, with one set to be concluded in a few weeks and the other shortly after that, although he declined to provide more details. Darwish predicted demand for broadband would drive growth in Africa’s telecoms sector. “The size of the middle class in Africa is now roughly one-third (of the population) – 15-20 years ago it was 10 percent or less,” said Darwish. “Broadband penetration is extremely low, less than 10 percent, so the potential is massive and you need towers to service that.” He predicted Africa could need 200,000-300,000 mobile towers over the next 10 years to meet future broadband demand, including up to 40,000 in Nigeria alone. IHS may raise further debt before the end of 2015. “Things keep growing and evolving for us so we may come back to the market very soon,” added Darwish. *Source theafricareport]]>