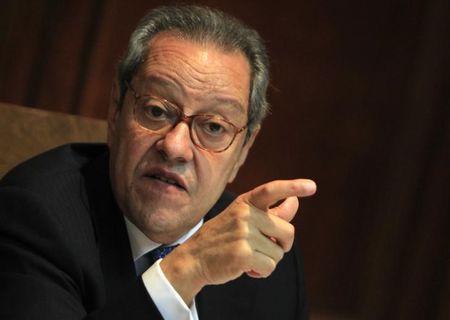 Three African economic blocs will merge into a new 27-nation free-trade zone under an agreement to be signed in Cairo next month, uniting markets worth 58 percent of the continent’s economic activity, Egypt’s industry and trade minister said.

The deal will combine the Common Market for Eastern and Southern Africa (COMESA), the South African Development Community (SADC), and the East African Community (EAC).

Minister Mounir Fakhry Abdel Nour said Cairo is also pursuing trade agreements with the Eurasian Economic Community and the South American trade bloc Mercosur in order to win back foreign investors who left Egypt due to the political turmoil that began with a popular uprising in 2011.

“It is going to happen immediately. We expect to sign, absolutely,” Abdel Nour told Reuters in an interview at his office overlooking Tahrir Square. “The execution, like any free trade agreement is done in stages, for some countries quicker than others depending on their economic structure, their ability to compete. But it’s going to be done.” South Africa’s Department of Trade and Industry said the deal had been long in the making. It is a “tripartite alliance” made up of the COMESA, SADC, and the EAC, it said. It had not been led by Egypt, it said. Egypt, which relies heavily on imports of gas, wheat and other basic goods, posted a trade balance deficit of about $35 billion in the fiscal year that ended June 30. Abdel Nour said he expected the country’s position to improve slightly by the end of the current fiscal year to $32 billion-£33 billion. President Abdel Fattah al-Sisi has put infrastructure mega-projects like the new Suez Canal at the top of his economic agenda, alongside long-awaited reforms to subsidies and taxes.

Abdel Nour said he would announce in a few days the result of a tender for drafting a master plan to develop a region in southeast Egypt, which the government considers rich in resources including gold, phosphate and quartz.

Cairo has for years touted the “Golden Triangle” as a potential mining investment, but little is known about the quantity of mineral resources in the area between the southern city of Qena and the Red Sea towns of Safaga and Qoseir.

Abdel Nour said the project could attract investments in mining, industry, agriculture and tourism, but did not provide a time frame for the project or a forecast for potential revenues.