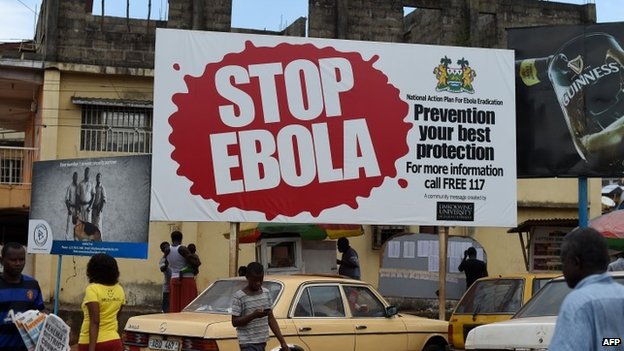 Of the West African countries hit by the 11-month outbreak, Liberia has seen the most deaths[/caption]

A pledging meeting in Addis Ababa, Ethiopia, raised $28.5m to deploy at least 1,000 health workers to Guinea, Sierra Leone and Liberia. Experts say that if the disease is to be speedily contained, it needs to be tackled in these three countries. Nearly 5,000 people out of about 14,000 cases have been killed by the virus, most of them in Liberia.

Deaths – probable, confirmed and suspected
(Includes one death in US and one in Mali)
Source: WHO
Getty
[caption id="attachment_13931" align="alignright" width="624"] 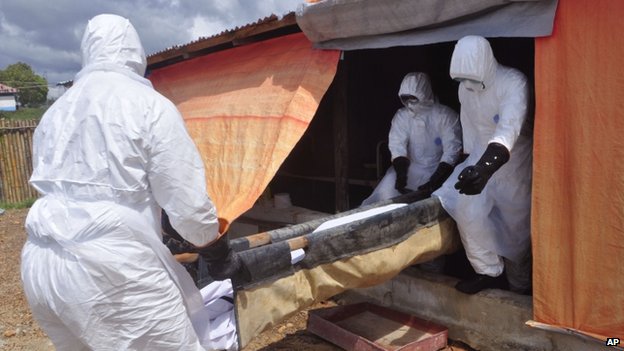 Speaking at the end of the Addis Abada meeting, African Union chairman Dlamini Zuma said the resources mobilised would be part of a longer term programme to deal with such outbreaks in the future.

The chairman of telecommunications giant Econet Wireless, Strive Masiyiwa, said that several companies had pledged money to the emergency fund – to be managed by the African Development Bank. The Ethiopia meeting took place as Liberia was reported by the medical charity Medecins Sans Frontieres (MSF) on Friday to have seen a significant reduction in the number of new cases. It warned, however, that Ebola was still on the rise in Guinea and Sierra Leone. ‘Flare up’ Chris Stokes, the head of MSF’s Ebola response, told the BBC that the decrease in the number of cases in Liberia presented an opportunity for health workers to step up their work.
But he said the disease could “flare up” again, pointing to Guinea, where the number of cases is rising again despite two significant lulls. Of the West African countries hit by the 11-month outbreak, Liberia has seen the most deaths. But last weekend its health ministry said two-thirds of the 696 beds in the country’s treatment centres were empty. [caption id="attachment_13932" align="alignright" width="624"] 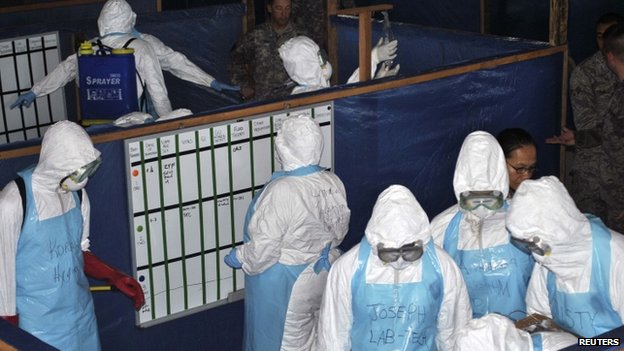 It is not clear why exactly the number of cases in Liberia has dipped – but it has been running an awareness campaign to advertise best health practices and install hand washing stations[/caption] Liberia’s government has been running an awareness campaign, advertising the best health practices and installing hand washing stations at buildings across the country.

But despite significant contributions from the US, the UK, China and others, the head of the UN mission charged with fighting Ebola says more help is urgently needed. *Source BBC
]]>