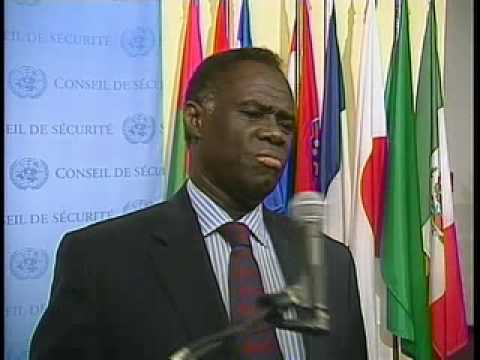 OUAGADOUGOU (Reuters) – Authorities in Burkina Faso named former foreign minister Michel Kafando as transitional president on Monday in a key step towards returning the West African country to democracy in the wake of a brief military takeover.

Kafando was chosen as part of a charter hammered out after long time President Blaise Compaore was toppled on Oct. 31 following mass protests, only to be replaced a day later Lieutenant Colonel Isaac Zida.

Kafando will name a prime minister to appoint a 25-member government, but will be barred from standing at elections planned for late next year.

“The committee has just designated me to guide temporarily the destiny of our country. This is more than an honour. It’s a true mission which I will take with the utmost seriousness,” Kafando told journalists and a 23-strong committee.

The committee, drawn from the army, traditional and religious groups, civil society and the political opposition, selected him from among five candidates after a closed-door meeting that began on Sunday and went into the early hours, witnesses said.

The African Union gave Zida two weeks to re-establish civilian rule or face sanctions and on Saturday he restored the constitution suspended when Compaore was overthrown. 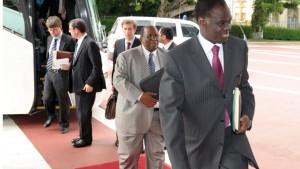 Compaore was a regional power broker and a Western ally against Islamist militants, but many opposed his efforts to change the constitution that would have allowed him to stand for re-election next year and extend his 27-year rule.

Kafando, 72, was also ambassador of the former French colony at the United Nations and for one year president of the Security Council, one of several senior posts he held during Compaore’s presidency. His candidacy was proposed by the army.