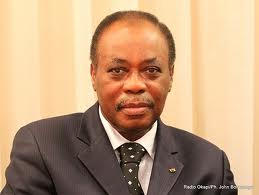 Edem Kodjo[/caption] The African Union has stepped up efforts towards a speedy solution to the political crisis in Burkina Faso with the appointment of Edem Kodjo as its special envoy. The decision from the Union’s President Dr Dlamini Zuma indicates the seriousness with which the continental body is treating the crisis. The African Union has given the military two weeks to transfer power to a civilian led transition. Kodjo, a former Secretary General of the Organization of African Unity is expected to coordinate efforts of the African Union, the Economic Commission of West African States-ECOWAS, and the United Nations in facilitating peaceful and orderly return of power to civilian authority and the organization of free and fair elections. Besides serving as the Secretary General of the OAU from 1978-1983, Kodjo brings to his new assignment political and diplomatic experience having served as Minister of Finance and Foreign Affairs from 1976-1978 and  Prime Minister from 1994-1996 in his native Togo.]]>