The year 2014 has been eventful for African democracy and leadership transitions.

Early this week, Americans went to the polls for the mid-term elections. The right to the ballot box is one many in the U.S. cherish, and many battles continue to be fought to ensure this fundamental right is preserved. Americans also know that when they go to the ballot boxes their votes will reflect the true nature and sentiment of the people However, in many African countries and despite all the progress they have made, especially where democracy as defined by the right to vote has taken root, the outcomes rarely reflect the true wishes of the people.

This year the continent has had seven elections in Algeria, Botswana, Guinea-Bissau, Malawi, Mauritania, Mozambique, and South Africa; one head of state died in power in Zambia and elections will be held to replace him next year. Four incumbent presidents were re-elected: In Mauritania, Botswana and South Africa the incumbents were elected for their second terms while in Algeria, the president was re-elected for a fourth term with a change in the constitution that allowed him to stand for elections again. In Guinea-Bissau a new president was elected following a coup.

Former President Blaise Campaoré of Burkina Faso, prior to his departure, was one of six sitting presidents on the continent who took power by a military coup then transitioned into a civilian government and, until last week, was also one of seven presidents on the continent who had been in power for over 25 years.  Twenty-seven years after Campaoré ascended to power, the citizens of Burkina Faso wanted something new—something their current kind of elections and state of democracy could no longer deliver. They wanted a real transition and saw the attempts by Campaoré to extend his 27-year-long rule as depriving them of true democratic rule.

Given these recent changes, what lessons regarding progress towards representative democracies can be drawn from the events in Burkina Faso? In particular, what is the changing role of citizens in the enforcement of leadership transitions? And, finally, how well have African institutions functioned in preserving democratic rule, and can they do more?

Growing Respect for the Constitution

The first lesson and positive element brought to light by the changes in Burkina Faso is the general recognition and respect (including by presidents) of the constitution. There is increasing acknowledgement of the need to uphold and respect the constitutional provisions on elections. However as constitutions have become binding constraints against long-term rule, presidents have moved to amend the constitutions in order to circumvent the issue of term limits. In fact, a number of countries have used referendums or parliamentary votes to amend term-limit provisions. While these amendments have generally been opposed by general populations, they have so far not received the utter rejection seen in Burkina Faso. In fact, in all previous cases including the most recent ones in Senegal and Algeria, the incumbent presidents were able to successfully change the constitution using the parliament. The changes had different electoral outcomes: In Senegal (2011) the incumbent president lost at the ballot box while in Algeria (2014) the president won.

Because of recent events, presidents will no longer see constitutional change as an easy, go-to option. The practice of changing the constitution was becoming common place on the continent and with it a weakening of the very institutions a representative democracy should try to build and strengthen. In the case of Senegal, for example, the judiciary was severely compromised following its decision to approve the change in the constitution. In a number of the upcoming elections scheduled for 2015, there has been a silent assumption that presidents who had served two terms could comfortably modify the constitution to extend their terms.

Second, the transition from military coups to civilian uprisings as a way of enforcing leadership change and expressing dissatisfaction with incumbent presidents is taking root. About 20 years after the first general citizens uprising on the continent demand more democratic institutions in countries such as South Africa, Sudan, Zaire and Zambia the voice of citizens is increasingly able to affect change. They are not waiting for the military to lead the protests. In Burkina Faso and Senegal, like in Egypt and Tunisia, the people have decided to make their voices heard. The continent is moving from military takeovers in terms of types of governmental change to citizen rejection and revolution, and with new consequences. While military takeovers have the advantage of being orderly and fit into an existing hierarchy,  civilian revolts tend to assimilate everyone in the protest—but then have a difficult time agreeing on the roadmap for leadership once the incumbent departs. This has led to theconfusion in Burkina Faso today and to the big debate on the role of the military in civil and popular uprisings.

The continent has had some positive experiences with temporary leadership by the military following the overthrow of a leader—albeit all these preceded military coups. In Nigeria, then-Colonel Obasanjo took over power following the death of Yakubu Gowon in 1976 before handing over power in 1979.  In Niger, military leader Mallam Wanke, who took over power in April 1999, transitioned to Mamadou Tandja who was democratically elected in December 1999. Therefore the military in many cases has demonstrated that they can be trusted to hand over power after a period of military rule where order and calm are restored to the country. However this is not a preferred option and in the case of Guinea Bissau this option was rejected.

The Role of the African Union

Third, with each successive attempt over the last two years to compromise the transition process, the African Union (AU), in response, has asserted its influence and power, by quickly condemning the actions and immediately implementing the provisions of its sanctions policy.  As a result, today its position on these issues serves as a benchmark for the rest of the international community. This is an important positive development for Africa and it must be safeguarded. However, the AU can do better.

In Durban in 2002 the AU adopted the Declaration on the Principles Governing Democratic Elections in Africa.[1] This was the first attempt by the body to legislate and pronounce on issues of democracy and elections. The document particularly called for countries to honor commitments on elections. Later, in 2007, the AU adopted the African Charter on Democracy, Elections and Governance which went a step further, declaring a zero-tolerance policy on coups and unconstitutional changes in government. Under these sanctions, policy leaders who come to power unconstitutionally are prohibited from attending any AU meetings. The countries are also excluded from leadership gatherings and funding. In the case of a coup, the leaders could even be tried in relevant courts under this new charter. The imposition of sanctions on countries in which there was an unconstitutional change of government has strengthened the role of the AU in protecting African democracy. Recently, for example, in the case of Guinea-Bissau, Mali and now Burkina Faso the African Union has been quick to condemn the coup and call for a return to constitutional order.

While the authority of the Africa Union is now unanimously respected and recognized by countries and international organizations as the main voice on issues of leadership and transition on the continent, the question still remains: Can the AU do more to deter leaders from trying to change their constitutions to extend term limits? Is it time for the AU to take the sanctions policy against unconstitutional changes in government and broaden it to changes to the constitution regarding term limits or other unconstitutional provisions which could undermine effective leadership transitions?

Can the AU help prevent the economic and social costs of the unrest currently ongoing in Burkina Faso by sanctioning any and all attempts to change the constitution that compromise the democratic process? This indeed will help further strengthen democratic institutions on the continent and ensure that the policies governing unconstitutional actions are sanctioned by the highest body on the continent. Citizens will no longer need to take to the streets with lives lost to ensure and guarantee what many the world over take for granted—peaceful and orderly transition of leadership.

As we watch the case of Burkina Faso, the international community must think about the elections in 2015 and what will be needed to help ensure transparent and free transitions. With the many elections planned next year on the continent in countries such as Nigeria, Togo, Chad, Sudan, Ethiopia, Burundi, Cote d’Ivoire, Tanzania, Libya and Burkina Faso, the African Union and other continental and international organizations must anticipate the need for peaceful transitions and ensure mechanism are in place to ensure smooth transitions to more representative governments.

*Source Brookings.Vera Songwe is a nonresident senior fellow with the Africa Growth Initiative and lead economist at the World Bank.

South Africa: Sobukwe - a Leader Who Walked the Political Talk to the Finish 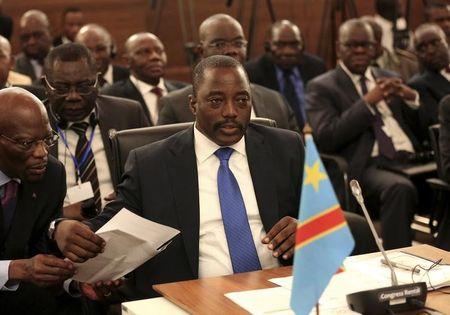