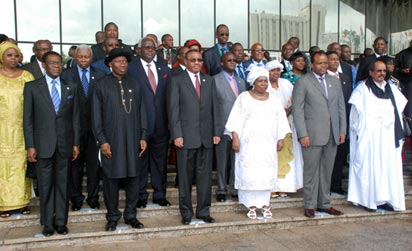 Dodoma — THIRTY six African countries, including Tanzania, are contemplating to withdraw their membership from the International Criminal Court (ICC) by January, next year, the National Assembly was told on Wednesday. The African Union (AU) summit, slated for January, next year, is expected to discuss the matter, among others, according to the Minister for Foreign Affairs and International Cooperation, Mr Bernard Membe. The move by the African countries comes at a time the Hague-based court summoned Kenyan President Uhuru Kenyatta to appear before it in regard to the postelection violence that rocked that country in 2007. Minister Membe made the remarks in response to a supplementary question by Chwaka MP Yahya Kassim Issa (CCM), who expressed concern over Kenyatta’s summon while heads of state in Africa had earlier opposed the move.

“It is at this meeting that Africa will make a decision on whether to remain or pull out of the international court,” Minister Membe told the House. Responding to a basic question raised by the legislator earlier, Mr Membe said the government of Tanzania was satisfied with the status of cooperation among African countries in addressing challenges they face. He explained that despite arrest warrant being issued by the ICC to arrest several African leaders, the leaders have continued to walk around in various countries without being arrested, thanks to good cooperation between the governments. *Source allafrica/Tanzania Daily]]>