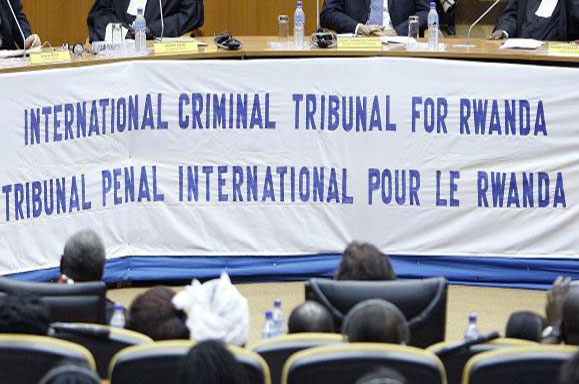 UN Photo/Mark Garten[/caption] 8 November 2014 – The Security Council today marked the 20th anniversary of the United Nations tribunal established in the wake of the 1994 Rwandan genocide, recognizing the court’s role in fostering a process of national reconciliation and the restoration and maintenance of peace in the African country. Based in Arusha, Tanzania, the International Criminal Tribunal for Rwanda (ICTR) was set up after the Rwandan genocide, when at least 800,000 ethnic Tutsis and politically moderate Hutus were systematically killed during a span of three months beginning in April 1994. In a statement issued to the press, the Council recalled its resolution 955 of 8 November 1994 in which it set up the Tribunal as part of a wider fight against impunity in the country while also recognizing the ICTR’s role in pursuing prosecutions against those responsible for the genocide. To that point, the Council emphasized the importance of the International Residual Mechanism for Criminal Tribunals in ensuring that the imminent closure of the ICTR “does not leave the door open to impunity for the remaining fugitives and for those whose appeals have not been completed.” Set up by the Council in December 2010, the Residual Mechanism is mandated to take over and finish the remaining tasks of the ICTR once its mandate expires by the end of 2014. In addition, the 15-Member Council called upon all States to cooperate with the ICTR, the Residual Mechanism, and the Government of Rwanda in the arrests and prosecutions of the remaining nine indicted fugitives and extended the call to all States to investigate and prosecute all other fugitives accused of genocide residing within their borders.