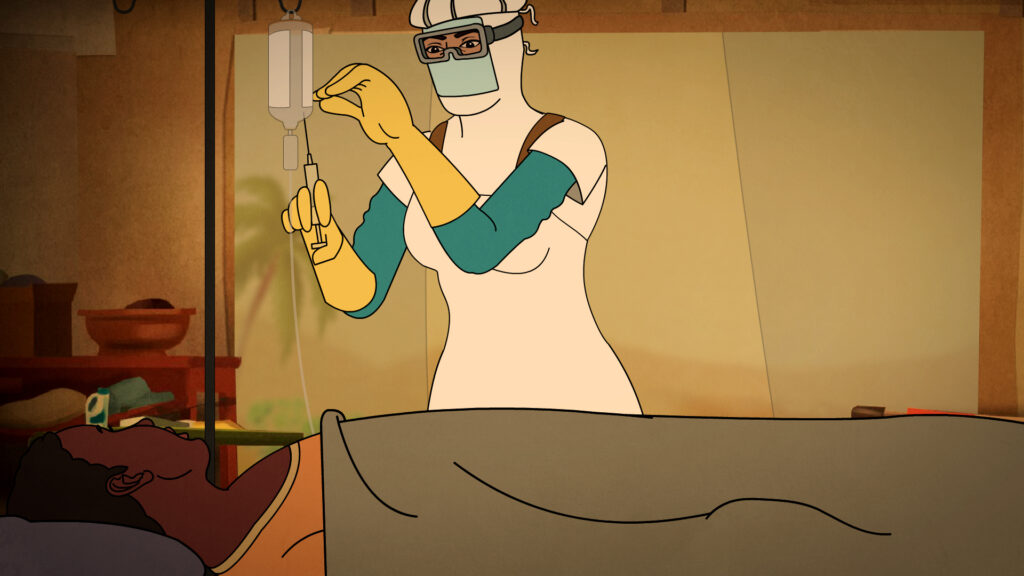 United Methodist Communications collaborated with Chocolate Moose Media and iHeed to create an animation for West Africa that dispels myths about how Ebola is spread and promotes prevention. “Our goal is to provide education that leads to better understanding to prevent infections,” said the Rev. Larry Hollon, chief executive of United Methodist Communications. “Ebola gains foothold in poor communities where mistrust, resistance to proper care and lack of understanding of the virus and is widespread. The church’s advantage lies in its network of trusted leaders who live in the affected regions.” United Methodist Communications (http://www.umcom.org), the global communications agency of The United Methodist Church, is using several approaches, including providing text messages to clergy in Sierra Leone and Liberia. Commentaries by trusted leaders encourage cooperation with health programs. http://www.youtube.com/watch?v=LABKWHo5PIs The agency provided partial funding for Chocolate Moose Media (http://www.chocmoose.com) to create the video. The executive producer is iHeed (http://www.iheed.org), a mobile-health-education innovator. “I have created what I hope will be a compelling video to prevent the spread of Ebola,” said Chocolate Moose Media founder and award-winning director Firdaus Kharas. “My approach is to combine animation with non-coercive persuasion by having Africans speak to their own broader family.” Accessed through download for local playback, all partners will distribute the video to reach as many as possible. Distribution channels include international organizations, non-governmental organizations, civil society and churches and through social media using #Ebolavideo. “Through a combination of weak health infrastructure, inconsistent levels of education and unpreparedness, this epidemic has become a global threat,” said Dr. Kunal D. Patel, medical director of iHeed. “Digital media can fill the gaps. In combination with technologies such as mobile phones, cinemas, projectors and tablets, animated information can help.” The United Methodist Church is responding in a number of other ways in a joint effort by the United Methodist Committee on Relief, West African United Methodist church leaders and regional health boards, denominational health facilities, and others. Visit http://www.umc.org/ebola. According to the World Health Organization, 7,470 cases of Ebola had been reported as of Oct. 3 (http://goo.gl/ni3P1M), with 3,431 deaths in Guinea, Liberia and Sierra Leone. Ebola is transmitted to humans from wild animals and spreads through person-to-person transmission. Contact with the body of a deceased person can also play a role in transmission. *Shared by APO]]>