Bernardo Vizcaino* Governments across Africa are using sukuk as a way to attract cash-rich Islamic investors. 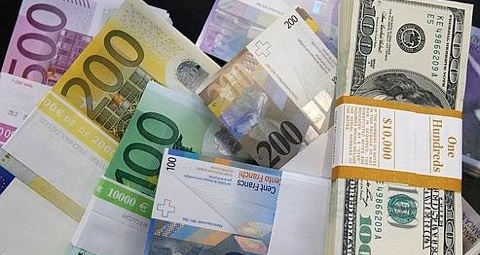 African markets are gradually opening to Islamic finance, buoyed by governments’ debut sales of sovereign sukuk (Islamic bonds) and legislative efforts to make the sector more attractive for companies across the region. Despite the strong growth of Islamic finance in its core markets, the Middle East and southeast Asia, the industry has lagged in Africa, which is home to one in four of the world’s Muslims. This year, however, a string of transactions is helping to broaden the sector. South Africa made a $500 million issue in September and Senegal raised 100 billion CFA francs ($208 million) in June. The Tunisian government could soon follow with a dollar-denominated deal that it hopes to place by year-end; Kenya is considering a sukuk issue. Nigeria’s Osun State made a small local-currency sukuk issue last year and Gambia has been issuing short-term Islamic paper in its own currency for years, but the region’s booming dollar-denominated bond market could hold the greatest promise. The eurobond market in sub-Saharan Africa saw a record $14 billion in issuance last year and the figure is $10 billion so far this year, said Megan McDonald, global head of debt primary markets at South Africa’s Standard Bank. Eventually, 15 percent to 20 percent of such issues could be sukuk, as the market will develop over the next two to three years, said McDonald, whose bank was joint lead manager of South Africa’s debut sukuk issue. “We do expect to see others, firstly government-linked institutions in South Africa such as Transnet, Eskom and SANRAL, which the Treasury is hoping can tap the market.” South Africa attracted $2.2 billion in orders for its sukuk and has not ruled out tapping the market again, and interest in making issues is also coming from other state and national governments, McDonald said. “The Treasury is open to coming back to the market. The sukuk programme is set up in such a way they can do that.” Legislation Islamic finance follows religious principles including a ban on interest and gambling; to obey these rules, contracts often attract double or even triple tax duties as they require multiple transfers of underlying assets. South Africa spent over two years preparing its sukuk issue, mainly to secure legislative requirements for the deal. Lawmakers are now studying tax treatment to facilitate corporate issuance, efforts being mirrored elsewhere on the continent. Countries studying tax treatment for sukuk include Morocco, Egypt, Tunisia, Nigeria, Senegal and South Africa, said Qudeer Latif, Dubai-based partner and global head of Islamic finance at law firm Clifford Chance. “Certain jurisdictions have either passed or are in the process of passing new laws. Morocco is a good example of this.” Such legislation is prompting new entrants into Islamic finance, including two of Morocco’s biggest banks, BMCE and BCP, which plan to launch Islamic subsidiaries. At present, there are only 38 Islamic finance institutions on the entire continent, an August working paper from the International Monetary Fund showed. Multilateral lenders are taking note, such as the Jeddah-based Islamic Development Bank (IDB) which is helping finance infrastructure projects in the region. This month, the IDB extended a small sharia-compliant tranche as part of a much larger financing package for a $2.6 billion power project in Morocco, the first cross-border financing of this type in the country. The tranche was strategically important for the IDB as it showed Islamic finance can be used as a funding source for other African infrastructure deals, said Latif, whose firm advised on the transaction. The Islamic tranche used an innovative structure which combined an istisna arrangement with a wakala structure, Clifford Chance said. Under istisna, a price is paid for goods that are subsequently manufactured and delivered on a stipulated date; the format is seen as suited for infrastructure and project financing. Wakala is a common sukuk structure in which an agent manages the assets underlying the issue. The private sector arm of the IDB is also increasing its activities in Africa, helping to set up new sharia-compliant banks, leasing companies and insurance firms. *Source Theafricareport.]]>