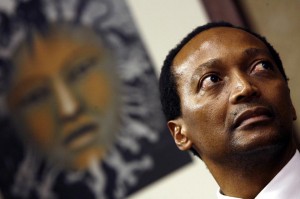 “The donation will assist Guinea with clinical management, social mobilisation, medical coordination and other key mechanisms of controlling the disease,” African Rainbow Minerals (ARM) said in a statement.

Most of the deaths have occurred in Liberia, Guinea and Sierra Leone.

The billionaire businessman urged African business to contribute in the fight against the epidemic, calling it “a global issue.”

ARM has interests in platinum, copper and coal mining.

In 2012 Motsepe made the Forbes billionaire list, making him the first black South African to reach the mark.