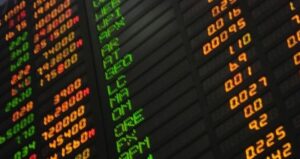 South Africa’s Johannesburg Stock Exchange (JSE), the largest and most liquid on the continent, listed three African currencies on a new foreign exchange futures platform on Friday. The Nigerian naira, Kenyan shilling and the Zambian kwacha made their debut on the JSE derivatives market where they will be quoted against the South African rand. The JSE has been trying to market itself as an entry point into African capital markets for several years. It has, however, largely failed to draw African companies to list in Johannesburg, as many sub-Saharan firms tend to favour London, which is often seen as a more prestigious market. The three African currencies will fall under the JSE’s currency derivatives unit, incepted in 2007, allowing them to traded with G-10 currencies of developed economies, including the U.S. dollar, euro and British pound. The JSE said it wanted to offer foreign and local investors, companies and fund managers doing businesses on the continent exposure to African economies in a relatively risk-free manner. “The message is simply: hedge your foreign exchange risk on the JSE and go and do your business,” said Andrew Gillespie, head of futures at Tradition Futures, which partnered with the JSE and Barclays bank to launch the platform. “You have fire insurance, theft insurance, insurance against water damage. This is a place to buy fx insurance,” Gillespie added. The platform will also allow participants to trade anonymously, with the JSE assuming the role of credit counterparty to all transactions. *Source theafricareport]]>