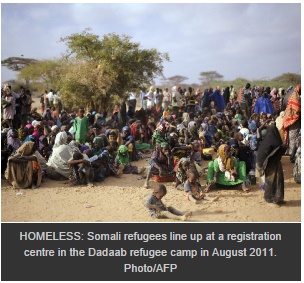 The law being drafted by the Department of Refugee Affairs will replace the Refugee Act of 2006, which the government said has failed to address refugee issues adequately. The bill is expected to be tabled in Parliament before the end of the year. The DRA commissioner Harun Komen said the bill considers granting citizenship to refugees who have stayed in the country for at least five years upon applying. A refugee who marries a Kenyan citizen will also be considered for citizenship, according to the draft bill that is currently under review by stakeholders. Some refugees have lived in Kenya for more than two decades. Komen also said that Kenya is also putting in place a proper national asylum policy which will provide input to the proposed refugee law. “We found that the Refugee Act 2006 had loopholes and we hope the law will address some of those,” he said. The new law includes a provision to allow refugees to live in urban areas. “This is subject to special reasons such as attending school or for health reasons,” Komen said yesterday. Kenya has recently sent Somali refuges who were living in urban areas back to camps over security concerns. Under the proposed law, refugees will be required to report to the department of immigration within 14 upon arrival into the country. The current law has set a period of 30 days. Komen said the new law will introduce traceability of refugee movements through collection of biometric data. Previously, the government has largely pursued an open door policy by allowing a free flow of refugees in the country. The UN refugee agency welcomed the move. “We always welcome any step taken to improve the lives of refugees,” said UNHCR-Kenya spokesperson Emmanuel Nyabera. Kenya hosts slightly more than half a million refugees mainly from Somalia. *Source hiiraan]]>