Luanda (AFP) – Angola’s recent election to the UN Security Council is part of a wider bid to polish its veteran president’s image and transform the fast emerging oil-rich country into a regional powerhouse. 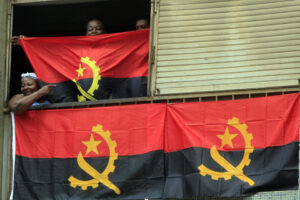 Angola has worked hard to heal the scars of battle since the end of a bitter 27-year civil war in 2002.

By some measures the west African country has made remarkable progress.

Once a byword for brutal internecine conflict, Angola is now slated to overtake Nigeria as Africa’s largest oil producer and is ranked among the fastest growing economies on this rapidly expanding continent.

“Government is trying to project Angola in a new light: not a country that has been ravaged by the war, that was an orphan of the Cold War, that had issues of conflict diamonds, oil trade, (and) arms for oil deals that were problematic,” said Roque. And the country “absolutely has the capacity to influence in a positive way peace and security issues on the continent.” Landing a spot at the UN’s “top table” is just one way in which Angola is flexing its military and economic weight. – Deploy the troops – A few days before the UN vote, Luanda announced its readiness to send troops on a UN-led peacekeeping mission to the Central African Republic. Although Angola deployed troops to Guinea Bissau to help reform the army there in 2011, it will be the first time for Luanda to deploy in a multilateral mission. For years Angola steered clear of conflicts raging across the continent, from Somalia to Darfur or the Democratic Republic of Congo. As it prepped for the UN Security Council seat, Angola also took an active role in conflict resolution efforts by central, Great Lakes and southern African regional blocs. In the past year Luanda has hosted several summits of these groupings. “There is a clear desire by the country to pose as a key player in the peaceful resolution of conflicts on the African continent,” said Belarmino Van-Dunem, professor at the Lusiada University of Angola. Angola’s growing power and influence has helped bolster the stature of long-ruling leader Dos Santos, who remains vulnerable to accusations of authoritarianism at home. Dos Santos would like “to be seen to have overseen a state that has moved from conflict to being a regional player with global reach,” said Chatham House senior researcher Alex Vines. The Angolan president, in power since 1979 and re-elected for five years in 2012, is touted as “the architect of the peace” among many of the older generation. But younger people are starting to voice their dissent and often have their peaceful protests crushed with excessive force. “Angola still has many internal problems to solve. It would be better to tackle those before delving into those abroad,” according to historian Fernando Gamboa. A majority of Angola’s 21 million inhabitants live in dire poverty and struggle to access basic necessities such as access to water, electricity, health and education. – Convince the world – But officials are focused on reflecting an image of positive change.

The government will seek to “convince the international community of the reality of the democratic transition that the country has led,” said Angola’s Foreign Affairs minister Georges Rebelo Chicoti.

The UN Security Council seat, won on October 16, is a good podium from which to start.