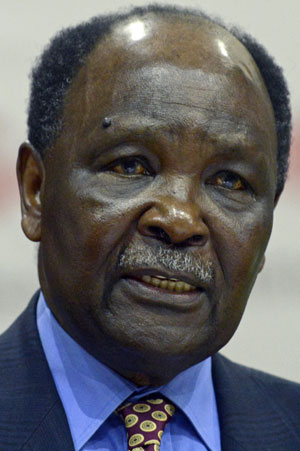 General Yakubu Gowon (Rtd)[/caption] ABUJA—FORMER Head of State, General Yakubu Gowon has said the unity of the country was not negotiable and urged Nigerians irrespective of religious, ethnic and political divides to work towards ensuring the unity of Nigeria. Gowon said the great successes which he achieved while in office were possible only with the cooperation of those who served as his advisers at the time. Speaking yesterday, in Abuja, during his remark at the 80th birthday lecture organised in his honour, the former military leader insisted that his achievements as a former head of state would not have been possible without the support of Nigerians, particularly his advisers. He urged Nigerians to strive towards ensuring the sustenance of the unity and development of the country which his administration fought for. Speaking at the occasion, former Head of Interim National Government, Chief Earnest Shonekan, described Gen. Gowon as a humble, simple and God fearing leader. He noted that Gowon was a great leader who believes in leadership by example. He said the former head of state was a great believer of the unity of Nigeria in spite of the country’s diversity. Shonekan said Gowon’s belief in one Nigeria led to the establishment of the National Youth Service Corps, NYSC during his tenure. “His mark and positive contribution to the development of the country will continue to speak for him. “One lesson I want us to take home is that, we should learn to respect our constituted authorities and stop running them down. “If we continue to run our leaders down, no foreigner will come and develop our country for us,” he said. In his remark, Vice President Namadi Sambo, said that the history of Nigeria would not be complete without remembering Gowon for his positive contribution to the country. Sambo, represented by Sen. Anyim Pius Anyim, Secretary to the Government of the Federation, said that Gowon’s regime as a Military Head of State, witnessed massive infrastructural development. He said that his programme on reconstruction, rehabilitation and reconciliation was a major initiative that brought Nigeria back to its glory after the civil war. According to him, apart from the NYSC that was established in his time, his administration is also instrumental to the establishment of the Economic Community of West African States (ECOWAS). Dr George Fraser, the Guest Lecturer at the occasion, said Gowon was a gift to the nation and humanity considering his contributions to the development and unity of Nigeria. He said that Gowon was a leader who had through his relentless efforts brought dreams to reality in the country through his leadership style. The guest speaker said that the sure way to develop the country was to ensure that every Nigerian contribute in their various capacities. He therefore urged Nigerians to learn from the leadership style of Gowon, adding that peace, unity and development was the dream of the founding fathers of the country. *Source Vanguard]]>