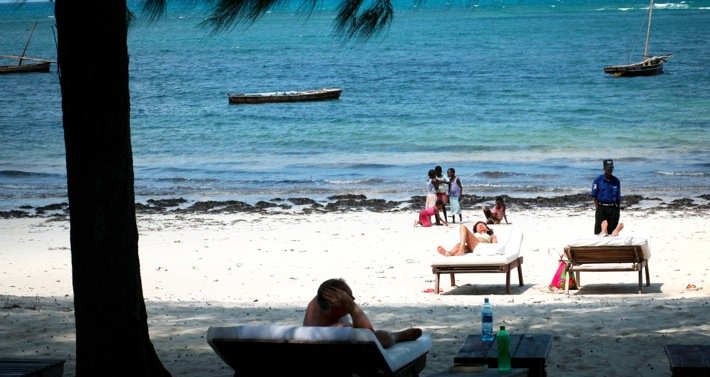 Security fears have kept visitors away from Malindi’s pure white beaches. Photo©Andrew Njoroge for TAR[/caption] After three decades of mafia money and a rampant sex trade Malindi’s tourist income is drying up. Will the separatists gain ground or can the town reinvent itself? It is not exactly Florence on the Indian Ocean, but there is a distinctly Italianate imprint on Malindi – the language, the food, the hotels and the casinos, and even the occasional fugitive from justice. For a generation, Italians in search of the African sun have travelled to Malindi. They have set up business and built hotels with mixed success. One of the most ambitious of them is the colourful tycoon Flavio Briatore, who set up franchises for Benetton and managed the Renault Formula One team. A string of convictions for fraud in the 1980s – later cancelled in an amnesty – proved no bar for Briatore to do business in Kenya. At first glance Briatore’s latest and most ambitious project in Malindi – Billionaire Resort, with an estimated cost of KSh500m ($5.5m) – looks deserted in late August. Apart from a small detail at the gates, an assistant manager with a security radio at reception and a guest- relations officer who briefly struggles with English before smiling and falling silent, the place is empty. From the closed casino to the small shopping centre, where the impossible price tags on extravagant trinkets lie behind the windows of unopened shops, to the vast empty restaurant by the beach with the silverware gleaming on immaculate tablecloths, the resort has the air of an abandoned vaudeville set. But four guests just arrived and are coming in from the airport. Another party left a few days ago, so business is ticking over. Manager Philip Chai says that unlike other tourist operations in Malindi, the resort does not depend on hotel guests. Of the 40 or so apartments available to buy, 26 have already sold for €1.2m ($1.5m) each. “Mr Briatore didn’t come here to build a church. This is an investment, and he expects to make a profit,” says Chai, who was persuaded to come out of retirement to manage the Billionaire Resort when it opened last year. The resort was supposed to lend Malindi a touch of glamour and encourage big-spending tourists. Some of Briatore’s closest friends and associates, including Italy’s former prime minister Silvio Berlusconi and Formula One superstar Fernando Alonso, attended its opening festivities. This year, Kenya’s President Uhuru Kenyatta dropped in, bestowing a kind of political endorsement for Briatore. Land controversy Briatore has been particular about employing local staff. Kenyan architects designed the resort, and local firm Continental Homes built it. Of the 50 employees that work at Billionaire Resort, all but a handful are locals. The food is also sourced locally. Even before it opened, the resort sparked controversy. It abuts the Malindi Marine National Park, a protected conservation area where permanent physical development is forbidden. The resort was extended into the park amid protests from local people and stories of a deal negotiated behind the scenes. Chai rejects the complaints: “We had not encroached on the marine park. What happened is that the land we had was not sufficient for the development we had planned, so we requested the government, through the Kenya Wildlife Service (KWS), to lease [us] the land for a period. We got the lease for 25 years, but I think where things went wrong is that KWS failed to communicate their decision to other stakeholders.” Beach operators complain they were evicted to make way for Briatore’s resort. Some claim that there was no proper environmental impact assessment. Briatore’s venture is one of the few new tourism ventures on the coast that appears to be turning a profit. As Western governments put out travel advisories about terror attacks in Kenya, tourism has slumped, and with it Malindi’s economy. Part of what drew Briatore to Malindi was its ‘Little Italy in Africa’ history. It has long been a favoured playground of businessmen and pensioners, politicians and celebrities, and even notorious criminals lying low until the heat dies down in Europe. From the boda boda taxi operator and the curio sellers on the beaches to bank tellers, property agents, sex workers and hotel managers, everybody speaks Italian. Many street signs are in Italian. Local lawyers draw up contracts in both Italian and English. All the big hotels and nightclubs, formerly owned by Britons and Germans, are now owned by Italians. Dangerous ecosystem [caption id="attachment_13508" align="alignright" width="480"] 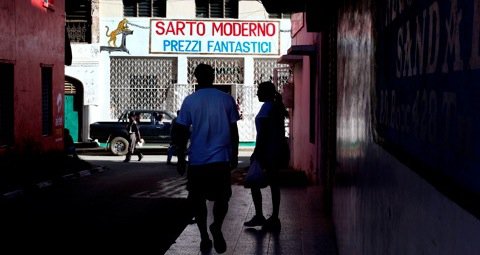