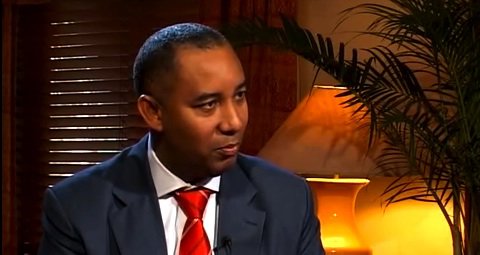 Ghana’s national oil firm expects to pump 190,000 barrels of crude per day by the end of 2016 and is set to tap markets again to raise more capital, the head of Ghana National Petroleum Corporation (GNPC) said on Thursday. The focus for 2015 will be on oil production at the main Jubilee field and extracting gas to reduce pressure on its reservoirs as well as developing the Tweneboa, Enyenra, and Ntomme (TEN) cluster, Alex Mould told Reuters. The West African country discovered oil offshore at the Jubilee field in 2007 and began producing in December 2010 at a project led by British oil firm Tullow in which GNPC is also a stakeholder. Tullow is on target to produce 100,000 barrels per day this year and the country’s plan to start pumping gas onshore from Jubilee should enable oil production to move higher. “By the end of 2016, we should be producing something close to 60,000 barrels (per day) (bpd) from TEN, and we should be looking at 130,000 barrels (per day) from Jubilee,” Mould said at an investment day in London. “We won’t hit the 130,000 (bpd) early next year, most likely towards the end of the year.” In April, Mould forecast that Ghana’s total crude output would be above 200,000 bpd by late 2016 and said he hoped to raise $1 billion to fund its plan to become an independent operator in seven years. Asked in London how much money had been raised so far, Mould said GNPC had secured $700 million and more was to come. “We are waiting for TEN to come onstream, and most likely by the end of next year, early 2016, we should be able to raise another $500 million mostly from capital markets but also from banks,” he said. He said he hoped GNPC would get an investment grade rating, though that process had not yet started. Oil is crucial to Ghana, a country whose economy has seen sustained rapid gross domestic product growth powered by its exports of petroleum, cocoa and gold. Growth is expected to dip to 6.9 percent in 2014 weighed down by fiscal problems including a double-digit budget deficit, rising inflation and a currency that has fallen sharply. The government is hoping to restore fiscal stability through a programme with the International Monetary Fund and oil revenue remains central to budget projections. Like other oil producers, Ghana is closely watching the oil price, which has dropped from $110 a barrel to less than $90 in recent weeks. An impact on revenue was unavoidable, said Mould, though it might not be all bad news for Ghana. “It will be less revenue, but it also could be that companies that have a lot of investments to do may be shying away from investments,” he said. “They could be concentrating on basins that are de-risked, and that is good for us as most of our basins are de-risked.” None of the international oil firms Mould was in touch with had indicated that any projects in Ghana are at risk, he said. * theafricareport ]]>