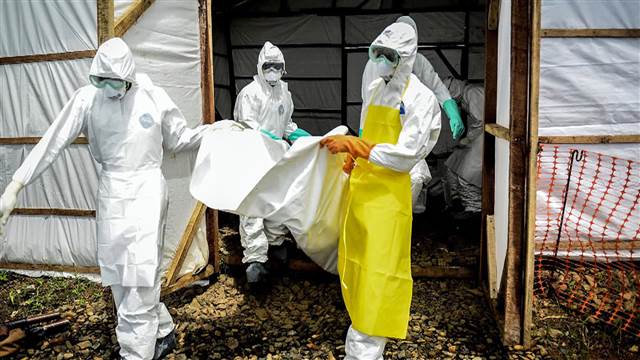 The first trial of an Ebola vaccine in Africa has started, researchers said Thursday, with the vaccination of three health care workers in Mali.

It’s the latest vaccine to be rushed into clinical trials after the worst-ever outbreak of Ebola in West Africa turned into a full scale epidemic. Ebola’s infected more than 8,000 people and killed about half of them, and the World Health Organization says the true toll is likely even higher.

It’ll be months before any vaccine would be available, and even then it will be a small amount, probably used to protect health care workers. But experts say it’s a vital first step to getting doctors, nurses and technicians to even come and help fight the outbreak. Health workers are among those at highest risk of getting infected.

“This is just the critical first step in a series of additional clinical trials that will have to be carried out to fully evaluate the promising vaccine,” said Samba Sow, Director General of Mali’s center for vaccine development. “However, if it is eventually shown to work and if this information can be generated fast enough, it could become a public health tool to bring the current, and future, Ebola virus disease epidemics under control.”

The vaccine was developed at the U.S. National Institute of Allergy and Infectious Diseases, part of the National Institutes of Health. A consortium led by the University of Maryland is carrying out the trial. Ebola vaccine trials are also under way at NIH outside Washington, D.C., and in Britain.

Mali isn’t affected by Ebola but experts agree it’s important to conduct trials in Africa. Another trial is expected to start in Gambia soon.

“This research will give us crucial information about whether the vaccine is safe, well tolerated and capable of stimulating adequate immune responses in the highest priority target population, health care workers in West Africa,” said Dr. Myron Levine, director of the Center for Vaccine Development (CVD) at the University of Maryland School of Medicine. “If it works, in the foreseeable future it could help alter the dynamic of this epidemic by interrupting transmission to health care and other exposed front-line workers,” Levine said in a statement.

The vaccine is made using a common cold virus called an adenovirus that does not make people sick. It’s had a little piece of Ebola virus attached – a small part that cannot cause disease, either. In animals, such a vaccine has been shown to stimulate the body’s immune response against Ebola virus.

The trial has been set up quickly. Usually, it takes six to 11 months to get a vaccine trial started because of all the regulatory and ethical hoops. This one got started in two months.

“Ebola is among the most urgent international public health issues we are facing. This research will play a key role in helping to solve it,” said Dr. E. Albert Reece, vice president of medical affairs at the University of Maryland.