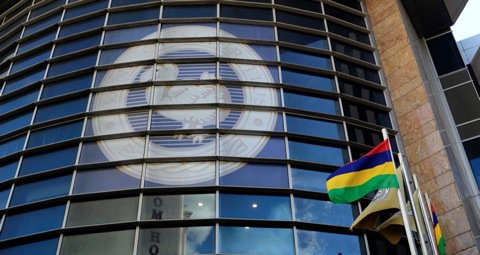 The Mauritius Central Bank has helped financial firms comply with international banking rules©Fabien Dubessay/MAXPPP[/caption] The financial services sector is forging new partnerships and adapting its product offerings to help investors expand their activities throughout Africa. Mauritius is positioning itself to become an Africa-focused financial support centre, modelling itself on the role Singapore is playing in Southeast Asia. The country is well established in the sector. It has a wide network of tax and investment protection treaties with African countries and it is a member of the Southern African Development Community (SADC) and the Common Market for Eastern and Southern Africa (COMESA). “Africa is the big opportunity over the next five to 10 years – everyone knows the macro story. The question has changed from why to invest in Africa, to how to do it. Our role will be to help clients manage risk and structure deals,” says James Benoit, chief executive of AfrAsia Bank.. Aisha Timol, the chief executive of the Mauritius Bankers Association, says more Mauritian banks are partnering with African banks on major projects in the field of infrastructure, mining and telecommunications. “Some of our banks are also providing banking solutions and services to African banks,” Timol explains. A Mauritian bank is running the credit card system of a group in West Africa, utilising its spare information technology capacity. Local banks are also working in collaboration with South African banks, which have a major presence on the continent but face challenges such as exchange controls. MCB Group, one of Mauritius’s largest financial institutions, is already earning nearly 50% of its profits from outside the domestic market. “While we have a commercial presence in the Indian Ocean islands and Mozambique, we can’t have a flag in 40 countries. But we also do a lot of financing from here, for example trade finance. The European banks closed their lines after the [financial] crisis, so we financed a lot of oil imports, for example,” says Gilbert Gnany, chief strategy officer at MCB Group. Sights set overseas With limited room for domestic expansion, most of the country’s 23 banks are looking abroad for growth. AfrAsia, which was founded in 2007, recently increased its shareholding in its Zimbabwean venture and will continue to look for opportunities in SADC and COMESA, Benoit says. The group is in talks to bring in a major international shareholder to strengthen its balance sheet. “Then a lot more activity across the continent will follow,” says Benoit. AfrAsia has been struggling in Zimbabwe, where the economy is sluggish. The bank had to restructure its operations and cut down on its branch network. With finance contributing around 9% to gross domestic product and Mauritius rapidly losing market share to Singapore in facilitating financial flows to India, the government is also supporting the industry. It set aside Rs50m ($1.6m) in this year’s budget to help promote Mauritius as an international financial centre and is focusing on strengthening the regulatory framework. Compliance with international regulations has been a major focus for the industry, Timol says. The Basel III standards are the new international norm for banks in Mauritius, with higher capital and liquidity ratios to be introduced in a phased manner. Trading places The Stock Exchange of Mauritius (SEM) is also positioning itself as a platform for African ventures. Since 2009, nearly $2bn has been raised by issuers on the SEM, of which $1.4bn was raised by foreign issuers listed in Mauritius. “Our multi-currency listing and trading platform today allows African issuers to list and trade their securities in US dollars, euros, British pounds or South African rand at very competitive costs and ensures the settlement of the underlying transactions in these four international currencies,” explains SEM chief executive Sunil Benimadhu. The SEM, with a market capitalisation of around $7.5bn, is also discussing the idea of remote membership to attract foreign brokers and participants. Benimadhu argues: “This will constitute an important step towards a better integration of our securities market with the international financial markets.” *Source theafricareport]]>