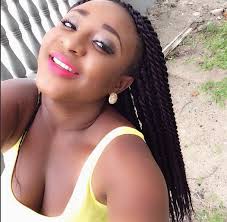 Weeks after her crashed marriage, Nollywood actress, Ini Edo, has apparently bounced back in style. The actress has put her travails behind her and has even promised her fans that she won’t allow her failed marriage to deprive her of happiness. To prove that further, the Akwa-Ibom State born actress stormed Houston, USA for the just concluded African movie awards in North America, the Golden Icons Academy Movie Awards (GIAMA) which took place at the Stafford Center in Houston, Texas. It could be recalled that Ini’s ex-husband, Philips Ehiagwina lives within the neighborhood of Houston, but the star actress didn’t seem to give a damn if she might run into him in the course of touring the town. Ini and Phillip’s wedding, also took place in the same town on Saturday February 28, 2009, so they were more chances of the divorced couple running into each other or perhaps meeting with their old joint friends. Nevertheless, the unshaken actress ceases every moment to post the photos of all her activities in US on her Instagram page, not minding whose Ox is being gored. Although she has been receiving tons of criticisms and tongue lashing by concerned fans, Ini insisted she had long moved on with her life and would not want to be dragged into the issue any further, a development which may have put to rest many questions on the minds of her fans. A disappointed fan said she was one of those who prayed for her marriage so that it won’t crash, but when she read her post that she had decided to walk out of the union, she was shocked. “I said to myself after her decision that I won’t trust any actress again”. The actress recently said that she had realised that “every situation does not need a reaction,” apparently responding to some of the questions being thrown to her by her fans. *Source Modern Ghana]]>