The US has praised Ebola-hit West African nations and foreign donors for their efforts in tackling the outbreak. 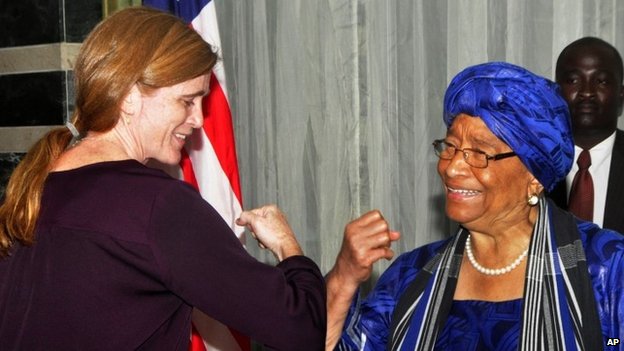 Samantha Power and Ellen Johnson Sirleaf practised an “Ebola handshake”[/caption] America’s UN envoy Samantha Power, on a visit to the region, said Liberia and Sierra Leone had hugely increased the number of safe burials – one of the main ways the virus is transmitted. Ms Power said international aid was helping to combat the disease, and urged donors to continue to help. The disease has killed roughly 5,000 people in the region. The US government has continued to stress that the best way to stop the virus from spreading is to tackle it at source, and has rejected calls for restrictions on travel from the region. Australia, however, has approved a visa ban on the main affected countries, and its government has not sent medical staff to West Africa. At a joint news conference in Monrovia with Ms Power, Liberian President Ellen Johnson Sirleaf said “restriction is not the appropriate response” to a “global crisis”. She warned against stigmatising those suffering from Ebola. Almost all of the victims of the latest outbreak – the worst ever – have been in Liberia, Guinea and Sierra Leone. Ms Power said the American government’s message to Liberians was that the virus would be beaten. [caption id="attachment_13423" align="alignright" width="624"] 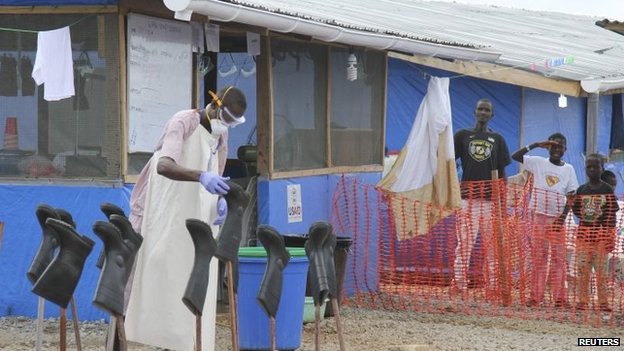 The US envoy praised the work of the Ebola treatment unit set up by the US in Bong County[/caption] As well as the rise in safe burials, she said mobile laboratories had helped to massively cut the time taken to test samples, enabling more beds to be freed up. Earlier, World Bank President Jim Yong Kim said at least 5,000 medics and support staff were needed to beat the disease. [caption id="attachment_13424" align="alignleft" width="624"] 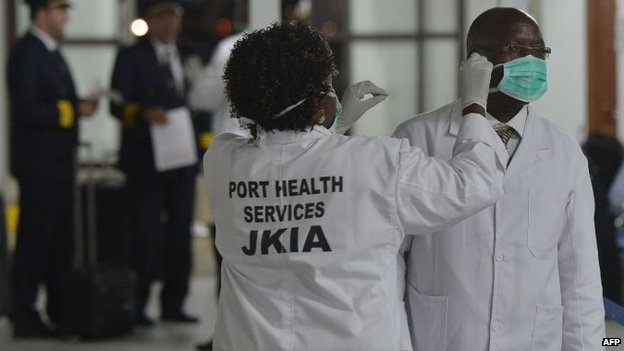 Kenyan health officials are among those on alert as a result of Ebola[/caption] Many potential recruits were too scared to travel to West Africa, he said while on a visit to Ethiopia. “Right now, I’m very much worried about where we will find those healthcare workers,” he said. *Source BBC]]>