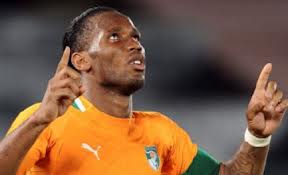 Chelsea striker Didier Drogba has offered 5 000 school kits to less privileged children in his homeland, Ivory Coast, to facilitate their return to school in the new academic session. The former captain of the country’s national team made the donation through his foundation which bears his name – Didier Drogba Foundation. The kits include note and text books, bags, writing materials, mathematics sets, water bottles and toiletries, which will be distributed to selected families, according to the foundation’s secretariat in Abidjan. The construction of a £3 million hospital for the underprivileged was launched in Ivory Coast by the 36-year-old striker in 2012. It is the first of five health facilities the player announced to build across the West African country. Drogba also inaugurated his underwear line early this year known as Drogba & Co, promising to return the sum of €1 from every sale to his foundation, which focuses on health and educational activities in Ivory Coast. *Source supersport]]>