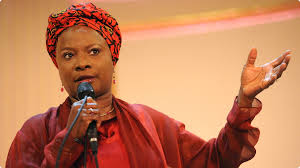 A few days ago, I posted a note on Facebook about my scheduled concert next week at Carnegie Hall honoring the late South African singer Miriam Makeba, who was known widely as Mama Africa. I was saddened to see the following comments appear: “Instead of mama africa it should be mamaebola” and “I wonder if she is bringing aby Ebloa [sic] with her?”

Overnight it seems that all the naïve and evil preconceptions about Africa have surfaced again. Ebola has brought back the fears and fantasies of Africa as the Heart of Darkness and the fearmongering about the disease threatens to reverse decades of progress for Africa’s image.

I’ll always remember the night Mama Africa entered my life. I was about 9 years old and there was an old turntable standing in the corner of the dining room of our house in Benin.

I was browsing through my brother’s vinyl-record collection and discovered a Makeba album called “Pata Pata.” On the cover, Miriam’s shoulders were bare; she had a gentle but determined smile. I carefully dropped the needle and an irresistible groove literally jumped out at me. I couldn’t help dancing.

Ms. Makeba became my role model. Every night I dreamed that one day I would be like her, travel the world, meet powerful people and address the United Nations like she did in 1963, when she denounced the South African apartheid regime in front of the whole world.

That an African person — a woman — could accomplish all this and could stand up for her people even though her life had been defined by hardship was amazing to me. She was exiled twice: first from South Africa by the racist apartheid regime, and then from America while she was married to Stokely Carmichael, the Black Panther activist.

Ms. Makeba managed to transform, in the eyes of the world, the image of the African woman. She gave us a human face — a strong face that went beyond all the clichés carried by movies and TV shows. As I kept singing her songs throughout my career, I always felt that my mission was to keep her legacy alive — especially today.

Fifty years after the independence of most African states, and 20 years after Nelson Mandela came to power in South Africa, the image of the continent is once more under siege because of Ebola.

But what is the true root of the Ebola crisis? It’s nothing evil or dark, but rather the precariousness of the health care infrastructure of some West African countries.

When you don’t have enough doctors, nurses or hospital beds, a disease isn’t easy to stop. Instead of panicking about the spread of the disease in the New York subway system, we should worry about how quickly families in Liberia, Guinea and Sierra Leone can receive the basic equipment that will allow them to care for their sick relatives in a dignified way, without risking their lives. That is what will ultimately halt the spread of Ebola.

Meanwhile, in the West, rumors and fear are spreading like fire. When I jumped into a taxi in New York recently the driver asked me where I came from. When I said: “I’m West African,” he just muttered one word: “Ebola.” The situation here has only gotten worse with the news that a young American doctor returning from Guinea has contracted the disease and had traveled around the city while he was potentially contagious.

Meanwhile, for the approximately 10,000 Liberians and other West Africans who live in the borough of Staten Island, life is becoming a nightmare. Last week, the media reported that many Liberians on the island are starting to change their daily habits to fight the stigma of Ebola. They are seeking to avoid any physical contact — even casual handshakes with neighbors. Many say they are being ostracized by friends when they come back from Africa. On Twitter, the hashtag #IAmALiberianNotAVirus testifies to many of those sad situations.

And the fear and misconceptions aren’t limited to New York. A few weeks ago, I was giving a lecture at an elementary school in Florida. The students were asking me many relevant and funny questions. Among them a young child asked me: “Are all the African kids skinny? Can you always see their ribs?”

I told him that not every African child was like that, and smiled. But inside I wanted to cry. I realized that 30 years after the legendary song “We Are the World” was recorded to raise money for famine relief in Ethiopia little has changed in the way Africa is perceived.

Yes, some parts of Africa are still underdeveloped socially and economically, and that must change. But Africa is much more than emaciated children and poverty. Africa is first and foremost a continent of culture, beauty, art and, of course, music.

Much of the music we are listening to today has its roots in Africa. Even Bach was inspired by the dances of slaves when he composed his “sarabandes.” Newspapers and textbooks carry a responsibility to show a more balanced image of the continent and its rich history.

When I sing in tribute to Miriam Makeba at Carnegie Hall next week it is because Africa, our motherland, deserves better than to be dehumanized by our ignorance and our fear.

*Source NY Times.Angélique Kidjo is a singer and songwriter from Benin, a Unicef good-will ambassador, and the author of “Spirit Rising: My Life, My Music.” 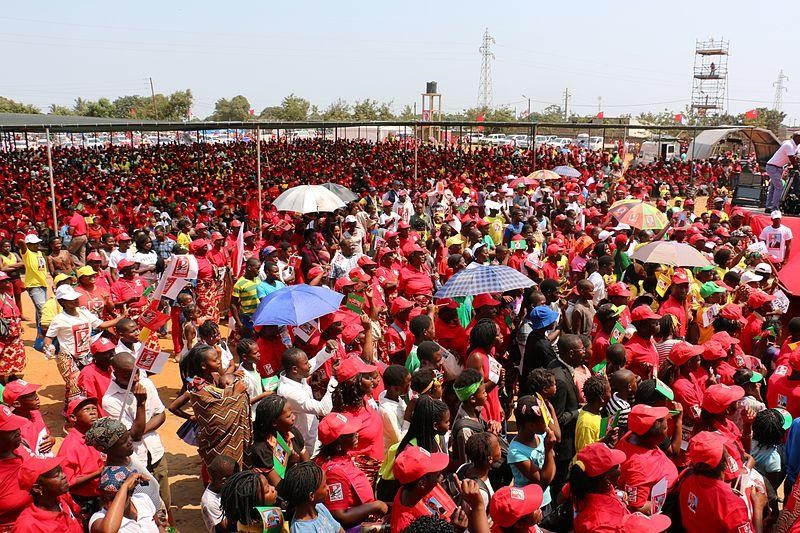