Tanzania faces a risk of being disqualified from the Miss World contest, if it will be discovered that the recently crowned 2014 Miss Redds’ Tanzania, Sitti Mtemvu has tampered with her age.   According to the Miss World regulations, if the authorities realise without reasonable doubt that the country representative has cheated on her age, then the outright penalty is disqualification from the global event. [caption id="attachment_13311" align="alignleft" width="640"] 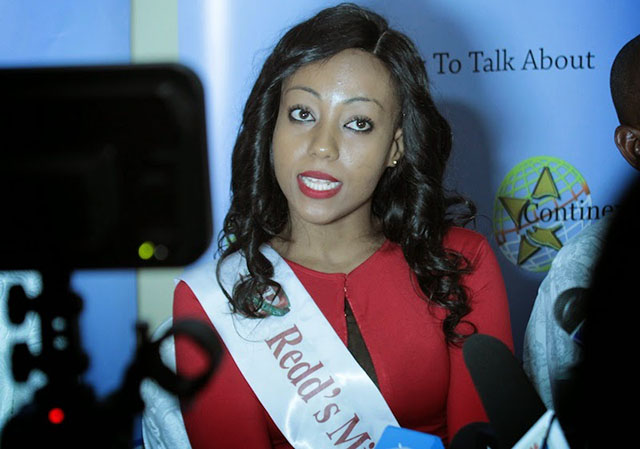 Miss Tanzania, 2014 Sitty Abbas Mtemvu[/caption] Apart from Sitti risking being stripped off her crown, the Miss Tanzania Organisers, Lino International Agency Limited, who are licensed to conduct the beauty pageant in the country by the Miss World Organisation, also risk termination of its licence or the agreement will not be renewed next year. Shortly after the local event was held and the winner announced about two weeks ago, several quarters emerged and accused the pageant organisers of corruption and rigging the competition by crowning an over-aged contestant. However, Lino International Agency Limited Director Hashim Lundenga, dispelled claims that Sitti has tampered with her age and that she was illegally awarded the crown. He said that the event’s judging procedure happens without prejudice. Sitti’s birth certificate which was issued last month in Temeke shows that she was born on May 31, 1991, which means she is 23 years old that is different from what has been reported by various media outlets and social media which claimed she is 25 years of age. Initially, it was claimed that Sitti is aged 18 years and has a Masters Degree, but the event organisers vehemently dispute such reports as unfounded and are spread by people who want to tarnish the image of Miss Tanzania beauty pageant. According to Miss World regulations, which are sent to all organisers of the beauty pageant in their respective countries, all contestants are strictly required to be within the age limit of not less than 17 years of age nor more than 24 on December 31 in the relevant year. And breaching of that part will lead to the termination of the licence of the country organiser. In 1957, Miss USA, Leona Gage was disqualified and was stripped of her crown when her mother-in-law revealed to the public that she was in her second marriage and that she had two children and that she was only 18 and not 21 as what was noted in her application. Miss Gage later explained that she needed the prize money to support her family. Another example was when Marjorie Wallace the very first Miss United States to win the Miss World title, but was stripped off her title just 104 days after being crowned Miss World 1973 by the Miss World Organisation, who claimed that she wasn’t upholding the Miss World’s reputation, when they found out that she was dating several big name celebrities like George Best and Tom Jones during her reign. Miss World is franchised in more than 100 countries including Tanzania, who will be represented by Happiness Watimanywa, the 2013 Miss Redds Tanzania in this year’s Miss World contest. The 2014 winner of the title will represent the country in the 2015 contest. Source Tanzania Daily News]]>