Tolu Ogunlesi in Lagos* Whether it’s Fela, film or fiction, Nigeria’s economic capital has a non-stop calendar of cultural events, but other cities have their offerings to the muses too. 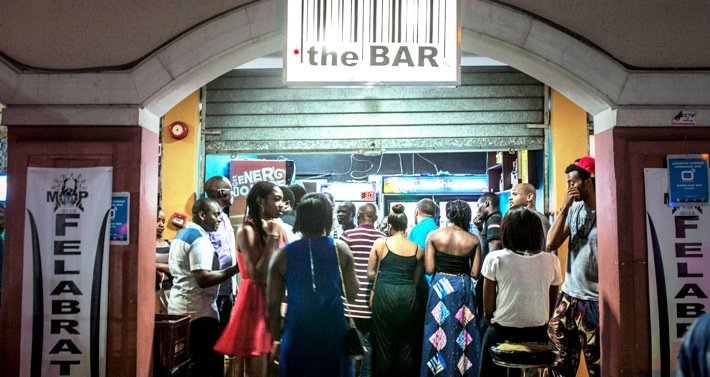 Freedom Park, a former colonial prison, has become the symbol of an artistic renaissance in Lagos – a city of 21 million people that can itself sometimes feel like an overcrowded prison. Where the prison’s gallows once stood is an open-air stage that overlooks an art gallery named for Nobel laureate Wole Soyinka. Terra Kulture is another popular arts venue, home to the annual Taruwa Festival of Performing Arts and a year-round schedule of visual arts exhibitions and theatre. Alongside Freedom Park, it hosted a recent series of plays to commemorate Soyinka’s 80th birthday. Adenrele Sonariwo, a curator of arts events and founder of the Modern Day School of Arts, says: “There are really interesting things going on in the cultural space in Lagos, some superficial, some with a lot of depth. Either way, it takes a lot of courage to do anything in Lagos, so everyone deserves commendation.” Feverish pace The city’s arts calendar is an impressive one, featuring weekly events like Industry Nite at Club Royale, Ikeja – bringing together the money and the talent in the music business – and monthly ones like Open Mic Night and Afropolitan Vibes, which draws attendees to Freedom Park on the third Friday of every month and plies them with live music and fresh palm wine. During the fourth quarter of the year, the pace becomes feverish. The season unofficially kicks off with the three-year-old Lights, Camera, Africa film festival from 25 September to 1 October. This year’s festival focuses on “connecting the classics to the avant-gardists in an audiovisual history that spans the times and genres”. Following this is Felabration, a week-long festival commemorating who else but Fela Anikulapo Kuti, the musical genius who invented Afrobeat in Lagos in the 1960s. The festival, from 13-19 October, is timed to coincide with Fela’s birthday on 16 October. The month ends with the Musical Society of Nigeria (MUSON) Arts Festival, Lagos Photo Festival and Lagos Fashion & Design Week. MUSON is the most influential promotor of classical music in Nigeria. Its annual festival takes place this year from 16-26 October. Lagos Fashion & Design Week kicked off in 2011 and swiftly acquired heft with partnerships with MTN, GTBank and the British Council. “In an international fashion world where a blasé boredom often engulfs the audience, the Lagos Fashion & Design Week was a tonic,” former International Herald Tribune style editor Suzy Menkes wrote about the 2012 edition. This year’s events will take place from 29 October to 1 November. Book fests galore The Lagos Book & Art Festival has taken place annually since 1999. In recent years it has made Freedom Park its home and this year’s edition, from 14-16 November, will celebrate Soyinka’s life. Lagos Photo Festival is a month-long gig that describes itself as “the first and only international arts festival of photography inNigeria.” This year it will be held from 25 October to 26 November. The enthusiasm for the arts extends beyond Lagos. After years of unrest caused by militants, the return of calm to Port Harcourt made it possible for the city’s bid for 2014 World Book Capital to be taken seriously. The ambition paid off, and last year Port Harcourt became the first city in sub- Saharan Africa to be named a World Book Capital. Book activist Koko Kalango, an architect of the bid, has organised a literary festival in the city since 2008. This year’s Port Harcourt Book Festival will take place on 20-25 October and will be a celebration of the city’s new status. In November, film buffs will shift their attention to Calabar and the literati will turn to Abeokuta for the Africa International Film Festival and the Ake Arts & Book Festival, respectively. Abuja, Nigeria’s capital, is struggling to cast off a reputation for cultural limpness. In the city, political intrigue seems to be the only show in town. This is slowly changing but, for now, Lagos – long-standing muse of artist and scam artist alike – continues to hog the cultural limelight. *Source theafricareport]]>