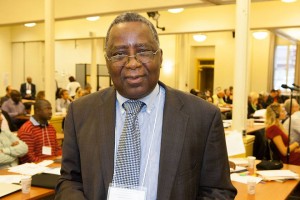 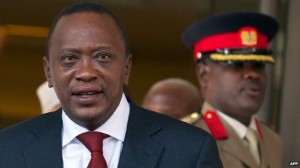 Uhuru Kenyatta[/caption] The Office of the Prosecutor and the Security Council should join those who hold this valid concern in ensuring that the court attains the universal reach that its statute confers on it.   Even without leaving its Africa preserve or focus , if the ICC Office of the Prosecutor were conducting proper investigations, it would have targeted not only those who perpetrated crimes in Africa but those who supplied the weapons and arms with which the crimes were perpetrated. These weapons are supplied by angels of death controlling institutions in Western countries that are contributing over 63% of the ICC budget.  The Prosecutor of the Special Court for Sierra Leone in justifying his Prosecution of Charles Taylor explained that although Charles Taylor never set foot in Sierra Leone during the conflict, he supplied the weapons with which the crimes were perpetrated.   The ICC can learn from that case and its outcome. We did follow the submission of Ble Goude of Ivory Coast and he literally ripped the ICC apart on issues of credibility and fairness considering the selective way the court has handled issues in Ivory Coast, as an Imminent International Lawyer, how do you see the ICC gaining more credibility with Africans? It is difficult to judge the ICC as an institution from the performance of a single organ. There are three independent organs of the ICC, namely the President and Judges, the Registry and the Office of the Prosecutor. So far much of the criticism has been indistinctly made against the court concerned the Office of the Prosecutor and the prosecutorial and policies decisions made from that office.  The other organs of the court are performing their statutory functions relatively well.  The exercise of prosecutorial functions is complex. The Prosecutor cumulates her judicial functions with administrative functions. Harmonizing these roles may be intriguing and even complex.  This is where I situate the problems of that office. For the Prosecutor to proceed against President Laurent Gbagbo and Mr Goude Ble, she needed enormous resources to do so. For her to proceed against the camp of Sorro and President Allasane Ouatarra she needs enormous resources to do so. Some state parties may have an interest in committing enormous resources in encouraging a process which is selective, unfair and ultimately dents the image of the court. Mr. Goude a victim of that process was in order to have made that point on his own behalf and many other African victims of selective prosecutions. Looking at what Uhuru did, he may have shunned the court the way the Sudanese Leader has been doing, but he not only decided to go to The Hague but addressed Parliament and left the country in the hands of his Vice President, do you see in this a plus for democracy in Africa? I have stated in this interview that Uhuru acted appropriately. Uhuru will come out as an African star. In his address to parliament, he invoked the spirit of his own father, Jomo Kenyatta, that of Osagyefo Dr Kwame Nkrumah, Mwalimu Julius Nyerere and Albert Lithuli. He was making a compelling case of joining that exclusive caste of historic leaders who eternalized the liberating soul of Africa and are considered the keepers of the African conscience. He made a case for his re-election with an overwhelming majority in the next election. He now joins his friend and brother President Jakaya Kwikwete as one of the key drivers of the train of liberation and progress of an emerging new Africa. From your perspective as a Pan Africanist and  Lawyer versed with the ICC, what lessons should the continent draw from the Uhuru case and way forward on relations between Africa and the ICC? There is already one remarkable outcome. Africa is beginning to have faith in its own institutions. Uhuru spoke about and cited the new constitution of Kenya which now has the ability to regulate the affairs of Kenya in ways which the ugly ghost of the past will never again rear its head.  For Africa to validly assert the sovereignty of its states and the relevance of its regional and continental institutions these institutions must be functional and serve the public good. President Uhuru Kenyatta has just asserted the primacy of the sovereignty of Kenya and its over forty million people over his personal interest.  He has asserted that power belongs to the people of Kenya and not to an individual no matter how powerful. He denied the ICC that honour. African countries must ratify the protocol to the African Court on Human and peoples’ Rights and take practical steps to bringing ongoing efforts to give the court criminal jurisdiction over crimes perpetrated on the continent. The Malabo instruments of the court have a number of flaws but these can and should be corrected. President Uhuru Kenyatta has launched the global debate on immunity of heads of state and the functional immunities of plenipotentiaries guaranteed by customary international law but outlawed by the statute of the ICC. This debate will not go away so soon. Meanwhile, the actions of Uhuru underline the impending need for new African leaders who in one action can change the course of events and history in ways unimagined. * Chief Charles A.Taku is the Publisher of Contextual Foundations of International Criminal Jurisprudence. Together with Co-counsel Beth Lyons, Chief Taku recently obtained an acquittal on Appeal for their client Major Francois-Xavier Nzuwonemeye, the former Commander of the Reconnaissance Battalion in the Former Rwandan Army in the so-called Military Two Trial at the UNICTR. Chief Taku was lead counsel at the Special Court for Sierra Leone for Major Morris Kallon in the RUF case and for Mr Samuel Kargbo in the Contempt proceedings. Chief Taku and Co-counsel Beth Lyons were counsel for Dr. David Matsanga at the ICC in Situation in the Republic of Kenya      ]]>