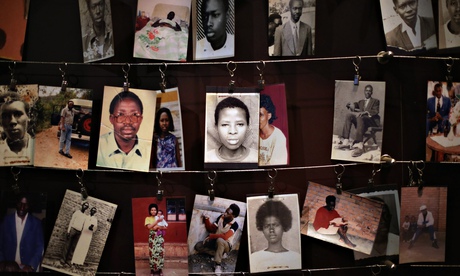 The Rwandan parliament called for the BBC to be banned in the country after its Untold Story documentary on the 1994 genocide. Photograph: BBC/Getty Images[/caption] The BBC has defended its decision to broadcast a documentary about the Rwandan genocide that has sparked complaints from the country’s government, saying it had “a duty” to make the film. Rwanda’s Untold Story, which was broadcast on BBC2 on 1 October, investigated allegations that current president Paul Kagame was involved in shooting down a plane carrying one of his predecessors – an event which sparked the 1994 conflict that cost thousands of lives. Kagame responded by telling the Rwandan parliament that the BBC had chosen to “tarnish Rwandans, dehumanise them” and accused it of “genocide denial”. On Wednesday Rwandan MPs approved a resolution calling on the government to charge the documentary-makers with genocide denial and revoke the BBC’s licence to broadcast in the country. A BBC spokeswoman responded on Friday: “The Rwandan genocide raises extremely painful issues but the BBC has a duty to investigate difficult and challenging subjects. “We believe this programme, which was produced by a BBC current affairs team in London and broadcast in the UK, made a valuable contribution to the understanding of the tragic history of the country and the region.” She said the BBC regretted calls for sanctions against it and criticised the “threat of direct measures against an independent broadcaster” which she described as “inappropriate”. The country’s minister of foreign affairs Louise Mushikiwabo described the documentary as an “attack on Rwanda and its people” and said her government was contemplating taking action against the BBC. She said: “My government reserves the right to respond, on its own timing, in a manner commensurate with the weight of the offence.” An estimated 800,000 Rwandan people, mostly minority Tutsis, were killed in just 100 days in 1994. The BBC programme included interviews with American-based researchers who say most of those killed may have been Hutus killed by members of Kagame’s Rwandan Patriotic Front. It also contained interviews with former aides of Kagame, accusing him of being behind the April 1994 shooting down of a presidential plane that sparked the genocide. *Source theguardian
]]>