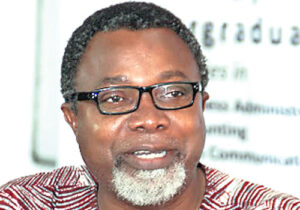 Mahmood Ali-Balogun[/caption] The new collective management organisation, soon-to-be licensed by the Nigerian Copyright Commission, will protect the works of filmmakers against unauthorised use. EXCITING times are ahead for players in the film industry. A new collective management organization, similar to the music industry’s Copyright Society of Nigeria (COSON), will soon take off. Actually, the approval of its license by the Nigerian Copyright Commission (NCC) is all that remains for the Audio-Visual Rights Society of Nigeria (AVRS) to commence full operation. Founded some two and half years ago, AVRS, according to its board chair, filmmaker Mahmood Ali-Balogun, is an initiative of the World Intellectual Property Organization (WIPO), the Nigerian Film Corporation and Nigerian Copyright Commission. The three organisations invited players in the movie industry – including all guilds – to a meeting where the idea was thrashed out.  AVRS was thereafter registered as a corporate entity in July 2013 and is now only waiting for its license before it starts work as a CMO. Explaining how it will go about its business at an interaction with journalists last week in Lagos, Ali-Balogun disclosed that the organization will help individual copyright owners collect rights they are unable to collect themselves. He noted that while it is easy for owners of movies to negotiate broadcast and theatrical performance rights themselves, they may be unable to monitor the usage of the materials over time. “Because you’ve been engaged with other works, you begin to pay less attention to that particular film that might even be used online. AVRS monitors the usage and collects money accruable from it for you and likes of you,” said Ali-Balogun, who was joined by the General Manager of AVRS, Eme Akiba-Eyo and a board member, Francis Onwochei. He however stressed that each member would indicate the particular rights it wants AVRS to collect on its behalf. Regarding how collected monies will be disbursed, the founding president of the National Association of Nigerian Theatre Arts Practitioners  said AVRS will retain 30 per cent it is constitutionally empowered to do for administrative purposes while the remaining 70 per cent will be shared amongst rights owners. “Rights owners are those who own copyright and they are registered with AVRS as members. If you are not registered with AVRS as a member, you are not entitled to anything from the organization until you register and registration is free.  But you must be a proven rights owner because we will verify that during the application process,” said Balogun who added that there are two types of owners. “We have financial partners; these are people who invest their money in the production, the executive producer. With the practice in Nigeria, the person whose name you see as producer may not necessarily be the person that invested his/her money. The executive producer will be the one that owns that right. It may be one person or two persons.  The Copyright Act recognises the person that finances the production as the copyright owner.  We also have creative collaborators comprising the directors, writers and actors. Actors in this case are lead; or supporting lead,” he said. The filmmaker who also touched on the sharing of royalties among actors in a movie said the producer will use his/her discretion, noting that, “The essence is to bring in the artistes so that they will be able to enjoy some of the residuals that AVRS will be generating.” He acknowledged that though getting people to pay in an environment that doesn’t respect intellectual property will be tough, he is confident that with advocacy and enlightenment, the challenge will be surmounted. “In our first two years or so, we will be enlightening the stakeholders because you can’t just approach people who have been enjoying a service freely and ask them to start paying. We will need a lot of enlightenment; we will need to engage people, let them know what’s going on. That this is different from money paid to DSTV and other cable TV operators. You are using the audio-visual materials to enhance your business, entertain your clients; it is not being used strictly in your home.” He, however, assured consumers of audio-visual materials including hotels, banks, TV stations, petrol stations and  saloons amongst others that the rates they will be charged  is affordable and negotiable.

On the issue of having just a single CMO per industry, Balogun admitted that “monopoly anywhere not the best but it is the sensible choice for our situation right now.” *Source tribune.com]]>