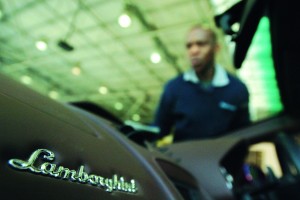 South Africa is creating relatively more millionaires than anywhere else in the world. Although the total number of high-net-worth individuals in South Africa is only a fraction of the numbers in the other BRICS, the rate of increase in the number of millionaires in South Africa is the highest in the world. Interestingly, since 2007, the number of black millionaires has almost doubled and growth is around 80%. Tom Nevin has the details. South Africa is the world’s leader when it comes to making millionaires, relatively speaking. The continent’s southern tip recently flaunted its latest clutch of the fabulously rich in the pages of New World Wealth (NWW), which reveal the globe’s wealthiest millionaires, billionaires and multiples thereof. The latest NWW research shows that South Africa is home to 49,000 dollar millionaires, 300 more than in 2013. Africa as a whole is home to around 100,000 greenback millionaires and wealthier, an increase of 7.4% over last year. NWW also expects the number of Nigerian millionaires to climb by 47% in the next four years. While figures dating back 10 years show that white millionaires  in South Africa easily outnumbered their black counterparts back then, the gap is closing and should see parity in about 15 years from now. According to the mass circulation Sunday tabloid, City Press, the number of South Africa’s millionaires has grown by 106% over the past decade and multimillionaires by 102%. This easily beats global performance. Over the past 10 years, the number of multimillionaires worldwide increased by 71%, while millionaire numbers rose by 58% in the same period. This puts South Africa at 0.4% of the total number of millionaires globally, around 13m, reports NWW, adding that 2,060 South Africans are multimillionaires. That, however, is just for starters. The total number of millionaires in the country will probably top 86,700 by 2030. What is a millionaire? Millionaires are classified as high-net-worth individuals (HNWIs). They have at least $1m or more in net assets while multimillionaires have assets of at least $10m. These are the ultra-high-net-worth individuals, or UHNWIs, a supergroup that enjoy net assets of $30m or more. There are 581 such individuals in South Africa with an average of $12.47m or, translated in rand local currency terms, some R1.3bn made up of cash, shares in public and private companies, residential and ‘passion’ investments such as art, planes and real estate. While this is impressive, it tends towards the insignificant in the BRICS wealth landscape with South Africa demonstrating the lowest number of UHNWIs. China is tops with 7,900 UHNWIs, followed by Brazil (4,100), India (2,500) and Russia (1,280). But that state of affairs could change quite dramatically in the next four to five years when NWW foresees the number of millionaires in South Africa increasing impressively, “as new businesses are developed in the country”. Global expansion of rich Globally, HNWI ranks expanded by nearly 2m individuals in 2013, marking a 15% growth rate and the second-largest increase since 2000. North America and Asia-Pacific continued to lead the way, with Japan’s HNWI population witnessing significant growth. HNWI wealth grew by almost 14% to reach a second consecutive record high of $52.62 trillion in 2013, building on a strong five-year trend. Over the past five years, HNWI wealth globally increased by nearly $20 trillion, $2 trillion more than the total HNWI wealth currently in Asia-Pacific, the Middle East, and Africa combined. HNWI wealth is expected to reach another record of $64.3 trillion by 2016, representing 22% growth over 2013 and almost $12 trillion in new HNWI wealth. Growth is expected to be driven by robust expansion in most regions, though Asia-Pacific will lead the way with 9.8% CAGR (compound annual growth rate). As forecast in the 2013 World Wealth Report, Asia-Pacific is still expected to have the largest HNWI. Although not matching the expansion of HNWI in South Africa, there has been an expansion of millionaires in the rest of Africa with Kenya ranking third after South Africa and Egypt. In South Africa, consulting organisation Research and Markets records eight billionaires in South Africa, 164 centi-millionaires (more than $100m) and 409 affluent millionaires. Just under a thousand multi-millionaires live in Johannesburg, 380 in Cape Town, 115 in Durban and 105 in Pretoria. It adds that “in the next forecast period, the number of South Africa’s HNWIs is forecast to grow by 28%, to reach over 62,400 in 2017”.

The difference between wealth and income

To the lay mind, wealth and income often mean more or less the same thing. For economists, the terms are distinct,” says the introduction to the NWW survey.

“Wealth is the sum of all your assets less your liabilities and is a stock concept. Income is a flow and refers to what you receive in a given period, say a year. They are related, because income less consumption is an addition to wealth and wealth creates an entitlement to income in the form of interest, dividends, property rentals and the like, which form a component of income, alongside earnings and transfers (such as social grants).”

Key findings in the NWW report:

• The rise in US dollar-based HNWI wealth occurred despite a significant 30% depreciation of the rand currency against the US dollar during the review period.

• HNWI growth was positively influenced by a rise in new business formation, particularly in the BEE arena, as well as solid local stock exchange returns and rising commodity prices.

• Growth in HNWI wealth and volumes will be solid over the forecast period as more new businesses are developed within the country.