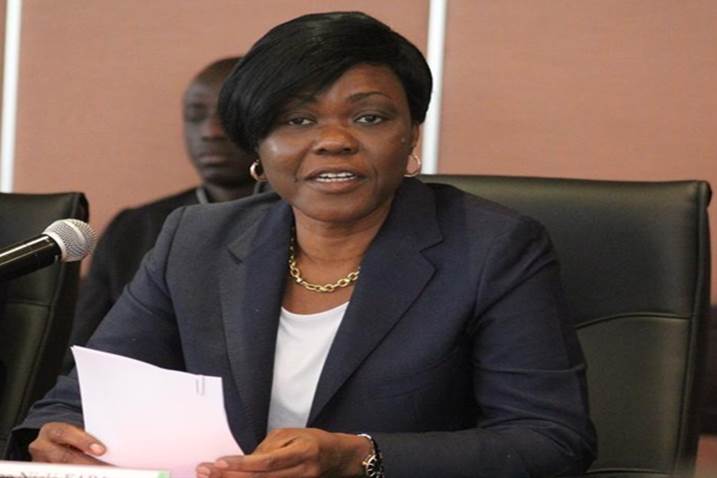 H.E. Ms. Kaba Nialé, Minister to the Prime Minister in charge of Economy and Finance, Côte-d’Ivoire[/caption] Africa is growing at a steady rate and is on the path to sustainable long-term growth, opening up a number of investment opportunities. In fact, one-third of Africa’s countries have GDP growth rates of more than 6%. However, as discussed at the ECA’s Ninth African development Forum, the resources required for Africa’s sustainable development will not come from aid. Africa must look within, generating financial resources from its own economies. Speakers agreed that a major impediment to domestic resource mobilisation is the existence of thousands of African SMEs which continue to operate within the informal sector and are not paying taxes. The informal economy accounts for 20 to 40 per cent of the countries’ wealth and about 70 per cent of the African population works in the informal sector. Therefore, the formalisation of the informal sector is crucial for domestic resource mobilisation. Kaba Nialé, Minister of Economy and Finance, Côte d’Ivoire, said, “Domestic resource mobilisation is important to sustain the current economic growth of the African continent.” She agreed that many African countries have recognised that they need to improve the capacity to generate revenue internally in order to have a sustainable economic growth. “It is well known that African governments have a weak capacity to collect taxes. Although tax revenues are the largest source of domestic resources, many African countries have a tax-to-GDP ratio below 10 per cent,” she pointed out. It was noted that though the African continent excessively relies on export of natural resources, they only receive 3 to 5 % of natural resources revenues. Subsequently, over the last decade, more than $ 500 billion has been lost through capital flight. Experts agreed that this is the result of weak regulatory regimes, but also of the investors’ perception that there are limited options in those countries. Machiko Nissanke, Professor of Economics, SOAS, and Aeneas Chapinga Chuma, Assistant Director-General and Regional Director for Africa, ILO, underscored, what is missing is not liquidity but financial intermediaries to channel this capital into productive investment. Experts also looked into ways to mobilise funds and discussed remittances. Dr Esman M. Nyamongo, Central Bank of Kenya, said, “Remittance, in particular in the last two decades, has overtaken traditional sources of external flows. Additionally, studies exploring the impact of remittance flow in the region have unearthed a number of positive outcomes. For instance, the majority of remittance money is channelled into the public sector departments such as education and health. Furthermore, due to the sheer magnitude of these flows, remittance can even support a country’s exchange rate and even introduce macro-economic stability. Remittance flows in African countries average around 3-5% of their GDP, however this figure is considerably higher in Lesotho where it constitutes 25% of the nation’s GDP. The remittance flows are having a considerably impact on the bank sector and stock market development. Faiza Feki, Central Bank of Tunisia, highlighted, “Some 88% of Tunisia’s funds are transfers from Europe and 9% are from the Arab countries.” Undeniably, remittance flows are making a fundamental impact on African countries’ economic eco-system. The question that now emerges: How can governments convert short-term remittance flows into long-term investments? Some believe the solution lies with diaspora bonds. These bonds are designed specifically to target the diaspora and entice them into funding governmental projects. Essentially, these bonds are good conduits for converting remittance flows into long-term investments. The World Bank estimates that Africa’s diaspora remittances soared to $40bn in 2012 and they have the potential to grow to $200bn over the next decade. Added to this is the potential that can be realised by addressing the losses to the continent through illicit financial flows. Aly Abou-Sabaa, Vice-President in charge of Agriculture, Human Development and Governance, African Development Bank, pointed out that tax collection in Africa over the last ten years has significantly improved, and that there are very encouraging examples of African countries that successfully took steps to bring in reforms to increase internal capacity for resource collection. *Source UNECA]]>