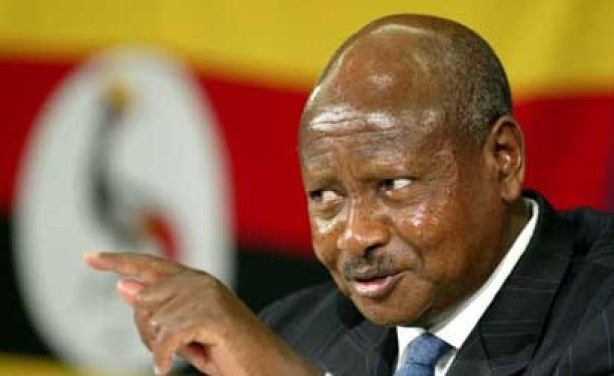 President Yoweri Museveni has taken strong exception to the raging trial by the International Criminal Court (ICC) of Kenyan President, Uhuru Kenyatta, describing The Hague based court as “a biased instrument of post-colonial hegemony.” Museveni avers that Africa should urgently reconsider its engagement with ICC on account of its humiliating treatment of the continent. Kenyatta, together with his deputy, William Ruto are facing trial for crimes against humanity emanating from the bloody fallout from the  highly charged 2007 presidential polls in Kenya that claimed the lives of over 1000 people. Kenyatta contends that the charges against him are politically motivated and has since received support from the African Union which (AU) wants the case dropped or shelved until he is out of office. On Thursday, Kenyatta became the first sitting Head of State to appear before the ICC in what promises to be a truly landmark case. “The problems that occurred in Kenya in 2007 and that happen in other African countries are, first and foremost, ideological. For ICC to handle them as just legal matters is the epitome of shallowness,” Museveni said during national celebrations at Kololo to mark 52 years of Uganda’s independence. Museveni, who had earlier introduced the three Heads of States who graced the fete– Jakaya Kikwete, Paul Kagame and Salva Kir – of Tanzania, Rwanda and South Sudan respectively as “our brothers”, attributed Kenyatta’s absence to “big boys” summoning him. “The pushers of the hegemonic agenda have been misusing the ICC, an institution we initially supported,” Museveni added. Museveni took exception to a decision by the United Nations not to consider a request by African Union for the ICC to cease arraigning sitting African Heads of State. “That group did not see much merit in the collective wisdom of the Africa leaders,” Museveni said to prolonged murmurs. The UN Security Council is the top decision making organ at the UN comprising of USA, Russia, China, France and Britain. The ICC has received criticism over its perceived selective application of justice on account of only pursuing cases involving Africans. Some of these include Sudan President, Omar Bashir, former DRC Vice President, Pierre Bemba, Liberia’s former President, Charles Taylor and former Congolese war lords – Bosco Ntaganda and Thomas Lubanga. However, citizens of countries like Russia, China, USA and Israel cannot be prosecuted by the ICC because these states have not ratified the Rome Statute that created the court. Kenyatta who travelled business four days ago is back in Kenya. *Source newvision]]>