CHRISTINE MUNGAI* The total electricity generation in the region is just 90GW, and half of this is located in South Africa. 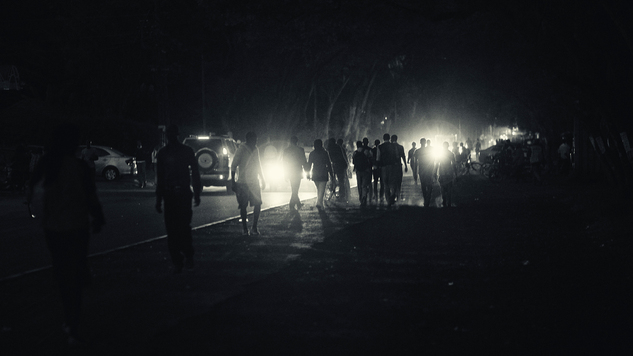 AFRICA’S energy resources are more than sufficient to meet the needs of its population, but they are largely undeveloped or in ruins –the continent accounts for 13% of the world’s population, but only 4% of total energy demand. In a way, this 4% is a “loaded figure” and needs unpacking. Take electricity for example – it’s one of those commodities like the Internet or a mobile phone that you use more of when more it is available. Because electricity in Africa is so scarce, people live their lives without it, so their demand for it is suppressed – but only because they have learned to cope. In other words, using today’s actual consumption rates, Africa accounts for 4% of the world’s demand for energy, but the real “pent-up demand” – what could be used if more of it was available – is far higher. These are some of the startling findings of the inaugural Africa Energy Outlook, published this week by the International Energy Agency (IEA). Here are some highlights of the report, which assesses Africa’s energy situation today, as well as making projections to 2040: Sub-Saharan Africa has more people living without access to electricity than any other region – more than 620 million people – and nearly half of the global total. The total electricity generation in the region is just 90GW, and half of this is located in South Africa. The region accounted for almost 30% of global oil and gas discoveries made over the last five years, and it is already home to several major energy producers, including Nigeria, South Africa and Angola. It is also endowed with huge renewable energy resources, including excellent and widespread solar and hydro potential, as well as wind and geothermal. But the majority of recent investment in the energy sector isn’t going towards directly improving the energy access of the local population, instead it is targeted for export – two-thirds of the total investment in energy since 2000 has been aimed at developing resources for export. African governments need to “release the energy brake” holding back economic growth by focusing on improving local electricity supply – every $1 invested in a country’s power supply translates to $15 in incremental GDP. On average, 4.9% of annual sales are estimated to be lost due to electrical outages, with very high losses reported in the Central African Republic (CAR) and Nigeria – up to 20% – but much lower levels in South Africa. More than 150,000 barrels of oil are stolen every day in the Niger Delta, estimated to be worth $5 billion a year- more than what Nigeria spent on education and health combined in its last budget ($4.5 billion). The use of back-up power generation to mitigate poor grid supply increases costs for businesses. In 2012, the cost of fuel for back-up generation (across businesses and households) is estimated to have been at least $5 billion. Ghana is among the most successful countries in improving electricity access, having shown long and strong political commitment since the launch of its National Electrification Scheme in 1989. Mali, a large and sparsely-populated country, has also seen electricity access reach 27%, with a focus on mini-grid solutions. Rwanda’s electrification rate has increased rapidly in recent years, from 6% in 2008 to 17% in 2012. Its Electricity Access Rollout Programme offers ready-to-use switchboards that can be paid for in instalments and enable low income households to connect to grid electricity without the need for expensive house wiring. By 2040, the region’s population will nearly double to over 1.75 billion and energy demand will grow by around 80%. Power generation capacity is also expected to quadruple: renewables will grow strongly to account for nearly 45% of total sub-Saharan capacity –  a double share of what it is today – varying in scale from large hydropower dams to smaller mini- and off-grid solutions, while there will be a greater use of natural gas in gas-producing countries. The outlook for providing access to electricity is bittersweet: nearly one billion people in Africa gain access to electricity by 2040 but, because of rapid population growth, more than half a billion people remain without it. *Source mgafrica]]>