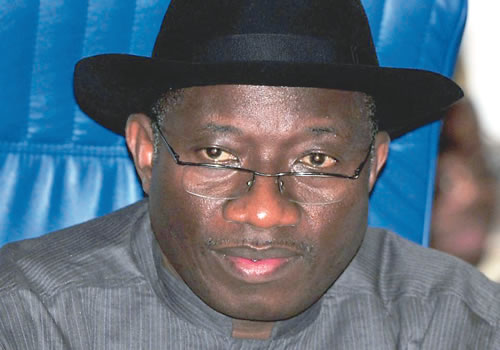 He said that he would place the considerations above any personal ambition or sectional agenda in making the choice despite the myriads of calls for him to vie for a fresh term. The president made the disclosure in a Sallah message where he thanked the many individuals, stakeholders, groups, associations, non-governmental organisations, unions and political leaders across the country who have, in recognition and appreciation of his efforts and commitment to repositioning the country for more rapid growth and development, urged him to seek a second term. “In deciding on an appropriate response to such calls, I will place the greater interests of national harmony, cohesion, unity, security, political stability, progress, equity, justice and fairness above any personal ambition or sectional agenda,” he said. Jonathan, however, insisted that his administration has done its best in the past four years to implement its agenda for national transformation and move the country forward on several fronts. He urged the citizens to join in offering special prayers for greater security, peace, unity and progress of the country as well as for the peaceful and successful conduct of next year’s general elections. “With this week’s issuance of a formal notice of the impending general elections by the Independent National Electoral Commission (INEC), another national campaign season is now truly upon us and I urge all political leaders in the country to place the overriding interest of the well-being and progress of our fatherland above all other considerations in the coming campaigns and elections. “Let us all rise above unedifying, unpatriotic and selfish personal interests and divisive sectional agenda in the coming national elections. “Let us also commit ourselves more to the sustenance of democracy and political stability which are essential prerequisites for the  advancement of good governance, inclusive economic growth and rapid development. “In spite of the significant progress we have made in the past four years, our dear nation continues to face critical challenges in some areas. “I am convinced, however, that if we persevere and continue to build diligently on what the present administration has achieved, we will surely overcome all hindrances and fully establish a stronger, more united and prosperous nation that meets the aspirations and yearnings of all of our people. “As we celebrate the Eid-El-Kabir, let us also rededicate and commit ourselves to the Holy Prophet’s injunctions of piety, honesty, charity and generosity to the underprivileged, impartial leadership and true justice for all. “These virtues and lessons will surely stand our nation in good stead as we continue our journey towards the fulfillment of our founding fathers’ vision of a great nation,” he said. *Source tribune.com]]>