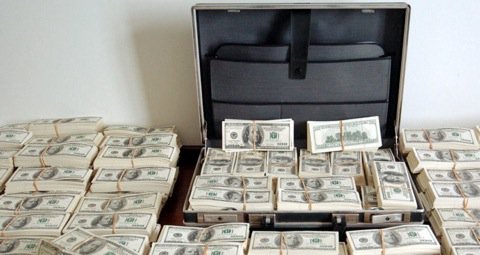 Italian prosecutors investigating state-backed firm Eni SpA over the purchase of a Nigerian oil field three years ago allege that at least half of the $1.1 billion paid was used to bribe local politicians, intermediaries and others, according to official documents and a person close to the investigation. The Milan prosecutors have placed the Italian oil company, its former chief executive Paolo Scaroni and current CEO Claudio Descalzi under investigation for alleged international corruption surrounding the deal for the OPL 245 offshore oil field concession. Eni and both managers, neither of whom have been charged, have denied any wrongdoing. Calling on their UK counterpart to assist in freezing suspect assets, Italian prosecutors said in a letter to the UK’s Crown Prosecution Service (CPS) seen by Reuters that at least $533 million was paid to Nigerian officials and intermediaries who helped secure the sale. The case has been a setback for the government of Prime Minister Matteo Renzi, because Italy’s 39-year-old leader hand-picked company veteran Descalzi to run Eni as part of a recent management overhaul at the country’s state-controlled companies. Renzi has publicly supported Descalzi and said no conclusions should be drawn before the investigation is completed. Eni and Royal Dutch Shell, which is not under investigation, bought the rights to the OPL 245 offshore oil licence block from the Nigerian government in 2011. Production from the deepwater oil field is expected to begin in 2016 with the field estimated to hold up to 9.23 billion barrels of crude, equivalent to nearly a quarter of the country’s total proven reserves, according to industry figures. An aide to Renzi told Reuters the case involving Eni, which is Italy’s biggest company by market capitalisation and the state’s biggest asset, was “not a big cause for concern at the moment.” As part of their investigation, the Italian prosecutors in May asked the UK’s CPS to freeze $85 million in assets related to a Nigerian company, Malabu Oil & Gas, that prosecutors say was involved in the sale, according to a copy of the official request sent by the Milan investigators and seen by Reuters. Armoured cars In the letter, the Italian prosecutors alleged that Scaroni and Descalzi oversaw the payments to parties who helped secure the sale. In a second letter they alleged that some of the ultimate recipients of alleged bribes used the money to buy aircraft and armoured cars. “We are investigating many money transfers to many people in various countries who received sums that vary from millions of dollars to thousands of dollars,” the prosecutors said in the follow-up letter, seen by Reuters. In response to the requests London’s Southwark Crown Court last month granted an order to seize the $85 million in assets related to Malabu, according to a judicial source. London’s Metropolitan Police has also been investigating aspects of the Nigerian deal since last year. A police spokesman said the inquiry into allegations of money laundering is continuing. Descalzi and Scaroni, in statements and through their lawyers, denied that they were involved in any illegal behaviour. Descalzi also told Eni employees in an email seen by Reuters that he had not engaged in any wrongdoing. After a board meeting last week Eni also reiterated that the company had not engaged in any wrongdoing and that it had “full confidence that Descalzi had acted properly.” Ownership dispute The OPL 245 block licence has long been the subject of dispute. It was first awarded a decade ago by military dictator Sani Abacha to Malabu Oil & Gas for a publicly-stated $20 million. After the death of Abacha, a new Nigerian government annulled the deal. Malabu’s licence was reinstated in 2006. Reuters was not able to locate Malabu for comment, and it is unclear whether the company still exists. Nigeria’s Economic and Financial Crimes Commission, a government agency, did not reply to questions sent by Reuters asking about the investigation by Italian prosecutors. Shell, which is not under investigation in any case, released a statement saying: “Shell companies have acted at all times in accordance with both Nigerian law and the terms of the OPL 245 resolution agreement with [Nigeria].” *Source theafricareport.com]]>