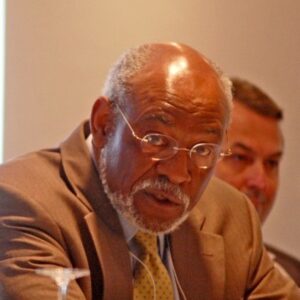 The historic US-Africa Summit has now passed and it is worth making an early assessment of what it accomplished.  Although it will be months before we know whether all the business, security and political commitments that were made are fulfilled, it was by most accounts a success and probably achieved a great deal more than observers expected.

Prior to the Summit, critics claimed the Washington gathering was only being held to counter China’s growing influence in Africa, but there would be no major new American initiatives on Africa to rival those that emanated from China over the last decade.  Other critics claimed that President Obama would avoid discussing the thorny issues related to democracy and human rights and that some African leaders might skip the event because the President was not planning to hold any bilateral meetings, or they wanted to avoid being lectured to about governance and corruption issues. Many of these early assumptions were proved wrong.

The Summit was largely an Administration success.  It burnished President Obama’s foreign policy credentials on Africa, reaffirmed his commitment to the continent and highlighted his Administration’s key policy initiatives. And, in its most significant achievement, it showcased his determination – with a major business forum – to encourage American companies to invest and trade in Africa’s emerging markets.

For those focused on political and security issues, the President and his senior foreign policy advisors called again for greater adherence to democracy, good governance and human rights, including for lesbians and gays, and reassured African leaders that while the United States had no intention of militarizing Africa, it would “partner” with African nations to defeat the spread of jihadists and terrorist groups who pose a threat to them and the international community.

The purpose of the Summit was to strengthen and broaden America’s long-standing historical and political ties to Africa – not to counter China’s increasing importance and expanding trade relations with Africa.  The Summit was intended primarily to highlight Africa’s growing economic importance as a trade and investment destination for American companies; and to spotlight the Obama Administration’s signature initiatives across Africa, including Power Africa, Feed the Future, Trade Africa and its Young African Leaders Initiative.

Although commentators drew parallels with recent summits held by China, Turkey and Japan, the Administration went out of its way to underscore that the Summit was not intended to be a donor pledging conference and that there would not be any new major financial assistance announcements.

Administration officials dismissed the notion that the Summit should have been held sooner, noting that no other President had attempted to hold such an event before and explaining that most US Presidents have rolled out major initiatives and engaged Africa seriously only in their second terms.

Washington’s goal was to build a stronger, broader and more comprehensive partnership with Africa, and to change the image of the continent from that of a hopeless and strife-torn continent to one of a dynamic and rapidly growing emerging market of 54 countries with more than a billion people.

The Summit took a big step toward achieving those overarching goals.

African turnout for the Summit was high, matching or eclipsing African representation at other recent bilateral global summits.  Presidents, vice presidents and foreign ministers from 50 states came to Washington, some with delegations numbering as many as 30 people.

Although most countries were represented by presidents or prime ministers, a half dozen were not present. The leaders of Sudan, Eritrea and Zimbabwe were not invited, and the presidents of Liberia and Sierra Leone did not attend because of the Ebola epidemic ravaging their countries. President Alassane Ouattara of Cote d’Ivoire stayed home to preside over his country’s national day, while the presidents of Angola, Botswana and Zambia did not make the trip for personal reasons.

The economic agenda received the greatest coverage and was probably the most innovative and successful portion of the Summit. Organized by Secretary of Commerce Penny Pritzker and former New York City Mayor Michael Bloomberg, the trade and investment program featured a day of high-level panel discussions, speeches and dinners that brought some of America’s most influential corporate and financial leaders together – many for the first time – with African presidents, finance ministers and trade officials. In both formal and informal sessions, American investors and corporate leaders explained the factors that go into their investment decisions while African leaders discussed the trade and investment opportunities in their countries, as well as the business-enhancing economic reforms that they have implemented.

The Administration used the economic program to reaffirm its strong support for the renewal of the African Growth and Opportunity Act (AGOA) in 2015 and to focus renewed attention on its Power Africa initiative, first announced during President Obama’s July 2013 trip to Africa.

Underscoring the Administration’s commitment to address Africa’s enormous energy short fall (where more than two-thirds of the population lives without electric power), President Obama announced a massive expansion of his initial efforts, pledging US $300 million in assistance a year to boost African electrical capacity to 30,000 MW in the next five years. The Administration’s efforts were bolstered by strong support from the private sector. In conjunction with the Administration’s efforts, the World Bank announced $5 billion in financial and technical support for the development of Africa’s power sector. Commerce Secretary Pritzker estimated that more than $900 million in investment and trade deals would come out of the Summit.

With conflicts raging in several parts of Africa, including northern Nigeria, South Sudan and the Central African Republic, security was also a topic of significant discussion at the Summit.

Although most of the security issues were covered in the closed door discussions, American officials made it clear prior to the summit that this was a key priority for the US and many of the African states. Administration officials reaffirmed the US commitment to work with African leaders to fight terrorist groups that threaten both African and American interests, and to provide training, technical assistance and material to African militaries involved in the fight against AQIM in the Sahel and against al Shabaab in East Africa. The Administration also renewed its support to bringing the LRA’s Joseph Kony to justice in Central Africa.

To underscore America’s commitment in the security arena, President Obama used the occasion of the Summit to announce a new Security Governance Initiative covering six African states: Kenya, Nigeria, Mali, Niger, Tunisia and Ghana. Valued at $65 million during its first year of operation, the funds will be used to strengthen the capacity of these states to counter transnational threats, contribute to regional and international security and to improve the security of their citizens. Several African leaders, including the Chairperson of the African Union Commission, Dr. Nkosazana Dlamini-Zuma, voiced strong approval of the president’s new initiative and continuing support to combat transnational threats across Africa.

Democracy, good governance and respect for human rights have been a key part of the president’s policy on Africa for the past five years, and these issues were also topics at the Summit.

Although governance issues received less media attention than others, they were not left off the agenda as some NGOs and activists in the US and Africa had feared. In a major speech on the eve of the Summit, the President’s National Security Advisor Ambassador Susan Rice told an audience: “The U.S. cannot and does not try to dictate the choices of other nations, but we are unabashed in our support for democracy and human rights. We will continue to invest in promoting democracy in Africa, as elsewhere, because, over the long term, democracies are more stable, more peaceful, and they are better able to provide for their citizens.”

The theme was echoed and expanded upon by Secretary of State John Kerry on the first day of the Summit when speaking to a civil society forum. He said, “Respect for democracy, the rule of law and human rights are not just American values, they are universal values.” Like Ambassador Rice, Secretary Kerry also reiterated America’s strong support for lesbian, gay, bisexual, and transgender (LGBT) rights in America and across Africa, saying “…we will continue to stand up and speak out for LGBT activists who are working for the day when tolerance and understanding really do conquer hate.”

Although little information has surfaced about the contents of the closed door meetings, Vice President Joe Biden, Secretary Kerry and Under Secretary of State Wendy Sherman held a number of important bilateral meetings in which security and governance issues were probably at the top of the agenda.

Vice President Biden’s meeting with Nigerian President Goodluck Jonathan almost certainly focused on Nigeria’s struggle against Boko Haram, the government’s ineffective security strategy, and its inability to rescue the Chibok girls. Given his past public comments, Secretary Kerry probably discussed democracy and governance issues with President Joseph Kabila of the Democratic Republic of Congo and several leaders who are flirting with changing their constitutions. President Obama has consistently made a strong case for strengthening democratic institutions and he does not appear to have backed down from advancing his views at the Summit.

It may be years before we know how much this Summit has actually achieved, but some things are clear today. It was historic, well organized and well attended. It also set a precedent that will make it difficult for any future two term American president not to hold another summit of this nature.

It gave the Administration a chance to reaffirm America’s longstanding and historical ties with Africa, to showcase its key political, security and economic initiatives, and to roll out several new ones. In doing so it debunked the notion that the United States is interested in Africa only because of China’s stepped-up engagement there.

Finally, and probably most importantly, it made a determined effort to change the negative perception and narrative about Africa that has obscured the enormous change and progress that is re-shaping the continent.  In what has been an otherwise gloomy and difficult foreign policy period for the US Administration, this summit was a clear success for President Obama.

* Source African Arguments.Ambassador Carson was the US Assistant Secretary of State for Africa in the first Obama administration. He formerly served as the US ambassador in Kenya, Zimbabwe and Uganda.  He currently serves as a Senior Advisor to the Executive Office at the United States Institute of Peace.