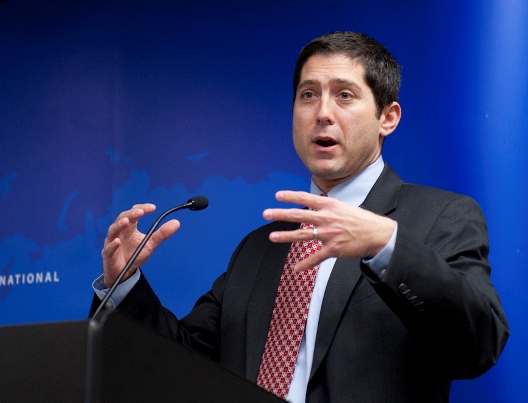 As he began writing his third book on U.S.-Africa policy and development, Todd Moss, a former State Department official, realized something. It would be boring. Just another text for the shelves of foreign-policy wonks, PhDs and think tank denizens like himself.

“I decided, ‘Let me try a novel,’ ” Moss recalls. “I did it for fun. . . . I really did it with very low expectations.” After three years, Moss, 44, birthed “The Golden Hour,” a thriller partly informed by his 18 months in the George W. Bush administration as thedeputy assistant secretary of state and chief U.S. diplomat in West Africa. Moss packed his novel with episodes of bureaucratic squabbling among the CIA, the Department of Defense and various fiefs within the State Department. Thrilled yet?

But Moss also had the good narrative sense to throw in rampaging Islamic radicals, a military coup in Mali (a vital U.S. counterterrorism ally) and a damsel in distress — specifically a U.S. senator’s daughter kidnapped from her Mali posting as a Peace Corps volunteer. The interagency intrigues actually end up heightening the stakes as the clock ticks down.

“It is just about impossible to stop reading this book,” raved best-selling thriller writer Douglas Preston, one of the titans of the genre who blurbed the novel, which comes out Thursday.

His timing as an author was exquisite: Moss was able to get the manuscript in front of a receptive agent who read it in the spring of 2013, while following TV reports of French troops battling jihadis in northern Mali. The French went in to restore stability in their former colony after Mali’s military toppled the country’s democratic government in 2012. The fabled city of Timbuktu also reentered the public consciousness, coming under the control of Islamist extremists who destroyed ancient shrines and libraries. “Fiction became true,” says Moss, a modest sort who still marvels at the coincidences. “For my book I picked Timbuktu deliberately. It’s like the place everybody’s heard of, even if they don’t know where it is or if it’s real.” 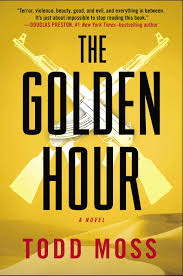 Moss’s fiction debut also arrives at a propitious time for writers who plot their espionage and action stories in Africa. “Right now, books set in Africa are hot,” says Neil Nyren, editor in chief of G.P. Putnam’s Sons, and a man with a legendary reputation for cultivating thriller writers.

Besides “The Golden Hour,” Putnam’s has recently issued three other action novels set in Africa: Tom Young’s “Sand and Fire” (Libya), Matthew Palmer’s “The American Mission” (Congo), and Alex Berenson’s “The Night Ranger” (Somalia). The hooks into the public imagination come from the headlines: Somali pirates, assorted terrorists and radical Islamists, including Boko Haram, al-Shabab and al-Qaeda in the Islamic Maghreb.

“It feels like mass chaos, which makes fertile territory for thrillers,’’ say Nyren, who is Moss’s editor.

“He’s tapping into the way we’ve gotten absolutely transfixed by the war on terrorism,” says Chester Crocker, who oversaw African diplomacy in the Reagan administration and has known Moss for a decade. Moss put it in marketing terms: “Africa is sort of sexy now.” More often, though, he sounds like a policy analyst, a sharp and serious one. You can imagine him briefing the nation’s topmost leaders and impressing them. But he has a welcoming, unshowy demeanor that complements his youthful looks.

We meet at the Willard Intercontinental, a favorite hotel, he notes, among African leaders. “Imagine how many shady deals were negotiated here with businessmen and lobbyists,” he muses.

But for Moss, the continent’s notorious corruption and new terrorist scourge is just one side of the story. Now, he says, Africa doesn’t want handouts, it wants private investment, and it wants be a U.S. security partner.

For nearly his entire adult life, Moss has immersed himself in the continent’s cultures, struggles and successes, beginning with a stint living with a family in Harare, Zimbabwe, as a Tufts student in 1990.

In the early ’90s, he and his future wife, Donna, spent eight months backpacking, hitchhiking and traveling by bus and train through Botswana, Zambia, Kenya, Uganda and Tanzania — including, he says, a 52-hour train journey. Moss ultimately became a doctorate-holding expert in decidedly unsexy topics such as debt restructuring, capital markets and finance. Today, as a senior fellow and chief operating officer at the Washington-based Center for Global Development, he promotes programs to spur African economic growth.

His academic works, with such titles as “African Development: Making Sense of the Issues and Actors,” would no doubt seem impenetrable to laymen. But Moss’s colleagues in the field laud his nonfiction writing as direct and clear — and were not surprised that he pulled off an accessible novel.

‘The Golden Hour” pivots on a permutation of the lifesaving approach that aims to get a trauma victim treatment within 60 minutes. Moss learned its medical utility as an emergency medical technician and ambulance driver in Boston during college in 1989 to 1990.