Three students had time on their hands in the summer of 2009 when their university lecturers in Nigeria went on strike.

Instead of slacking off, Ayodeji Adewunmi, Olalekan Olude and Opeyemi Awoyemi started an online job search company. Five years later their start-up, Jobberman, has got a multi-million dollar valuation, employs 125 people, and is still growing. While Nigeria is Africa’s largest economy it still has massive unemployment problems, in particular among young people who are also more likely to be connected to the internet. Jobberman has become the single largest job placement website in sub-Saharan Africa, helping over 35,000 people find jobs within the last two years. The number of companies using the site to find employees has grown from about 40 in 2009 to some 35,000 today. Carrying between 500 and 1,000 jobs on the site every day, the founders estimate that there are about 1,000 active users searching for a job at any given time. “The growth has been tremendous, it’s at rocket speed. One of the biggest challenges has been to keep up with the volume of work,” says Olalekan. Overcoming fraud fears However, there have been other challenges along the way. 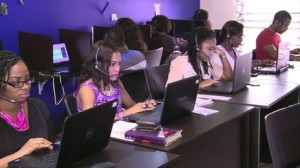 “In the beginning a lot of people did not trust an internet-based business because at that time a lot of people were using the internet to perpetuate fraud here in Nigeria,” he says. But as other online businesses thrived and became trusted, so Jobberman thrived. Companies would dip their toe in the water with one or two postings and then when they trusted the site they would come back. In 2012 some of Jobberman’s clients wanted to use the site to find workers in Ghana and so the company took its first work outside Nigeria. Two years later it says it is now the biggest online job site in Ghana as well as Nigeria. The company is now expanding its reach to Kenya with a partner called Brighter Monday. The partnership also gives it a footprint in Uganda and Tanzania. ‘They found me’ Some people find a job through the site without actually applying for one. [caption id="attachment_11725" align="alignleft" width="300"] 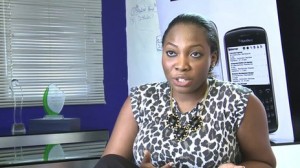 Amarachi Apakama found a job through the site without filling out an application[/caption] Amarachi Apakama uploaded her details and was approached by a company to take the position of executive assistant at a mobile phone content company. “That really changed my life,” she says. “It was a morale booster. It helped my confidence – the fact that my interests and my experience put together such a good fit that I didn’t have to apply for the job.” Multiplier effect “It is incredibly fulfilling helping people to become economically empowered by getting job placements via Jobberman,” founder Ayodeji Adewunmi says.

“One company recruited more than 80% of their employees through the site. Another time, a director was able to hire a former colleague in the United States to come and work for his company here in Lagos. All amazing stories.”

Olalekan Olude adds: “If you put food on the table by virtue of getting a job for someone, that person also fends for a mother, or a brother and you create a multiplier effect within that household. “And anytime we get to hear of such stories, we are very, very happy. It motivates us, it makes us look forward into the future and try and get more people to get more jobs.” *Source BBC]]>