Tanzania’s growth accelerated in the first quarter of 2014 from a year earlier, on the back of a jump in gold production and power generation, the statistics office said on Thursday. 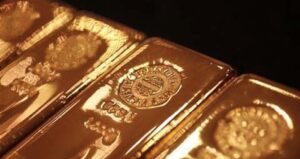 Gross domestic product (GDP) in Tanzania – one of the fastest growing economies in the region – expanded by 7.4 percent in the first quarter of 2014 compared to 7.1 percent a year ago, said the state-run National Bureau of Statistics.

“Mining and quarrying activities registered a growth of 8.7 percent in the first quarter of 2014 compared to a growth rate of 1.7 percent during the same period in 2013,” NBS director of economic statistics Morrice Oyuke told a news conference.   “This growth increase is attributed to an increase in gold production during the first quarter of 2014,” he added.   Tanzania is Africa’s fourth-largest gold producer after South Africa, Ghana and Mali.   Big gas discoveries offshore – still several years away from major exports – have drawn in more investors, both in the energy industry and other sectors looking to find a foothold in a growing market.   The country aims to double its power production capacity to 3,000 megawatts by 2016 by investing in new gas and coal-fired turbines.   “Power generation and water supply activities grew at a speed of 12.6 percent in the first quarter of 2014 compared with 6.2 percent in the same period in 2013,” said Oyuke.   NBS said the transport and communications sector grew 16.5 percent in Q1 2014, slower than the 19 percent rate recorded a year ago.   The manufacturing sector registered a growth of 8.5 percent in Q1 2014 from 8.3 percent previously, while the real estate industry registered a growth of 8.1 percent compared with 9 percent the previous year.   Analysts say the nation of 45 million, most of them mired in poverty and dependent on subsistence farming, still needs to overhaul infrastructure such as a congested port and creaking railways, and cut red tape for investors. *Source The Africa Report]]>