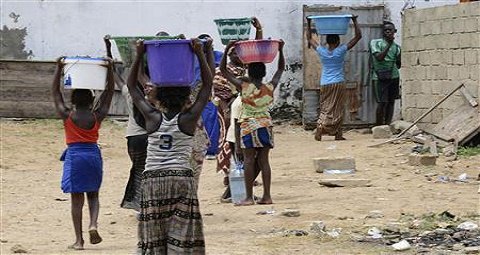 A bustling hub for investors and aid organisations in francophone West Africa, Dakar is built on a peninsula jutting into the Atlantic Ocean and is hemmed in by the arid Sahel belt, with no large supplies of water for more than 200 kilometres. Its structural water problems came to a head in September 2013, when 40% of the city went without water for two weeks after a pipe burst. “Senegal needs to diversify its water sources to secure supply and anticipate growing demand due to rapid urbanisation,” Mamadou Dia, chief executive of private equity-owned SDE, said in an interview. Dia said that with financing from Japan cooperation agency JICA, Senegal will build a 100,000 cubic metres per day desalination plant by 2021 – more than five times the current shortfall. SDE will also bid in a tender for a second 50,000 m3 per day plant with private financing. Energy-intensive process Desalination is an energy-intensive process and Senegal is already short of power, but the plant will have its own generator, which will sell part of its electricity to the grid. The water failure embarrassed President Macky Sall who pledged to tackle water and power shortages after his 2012 election and end the practice of women roaming the streets with buckets on their heads to collect water from mains pipes. It also spurred criticism of the role of private investment firms in utilities like SDE which provides water to around half of Senegal’s 13m people, mainly in urban areas. France’s Multinationals Observatory has blamed the outage on Eranove’s “purely financial” water management. SDE is 57% owned by French utility group Eranove, which supplies drinking water in Senegal and Ivory Coast, power in West Africa and had 2013 turnover of $520m. Eranove itself is majority-owned by the Africa-focused Emerging Capital Partners private equity fund, which has $2bn under management. Construction firm Bouygues, which won a water concession in the former French colony in 1996, retains a 19% stake in Eranove. In a continent where most water firms are publicly owned, Dia is a staunch defender of private enterprise. “Most national water companies have reached their limits,” he said. Despite last year’s water outage, SDE’s contract was renewed for another five years in December 2013 and its shareholder want to expand further in Africa, where it competes with French water multinational Veolia. ECP co-chief executive Vincent Le Guennou said the group plans several other investments in the region, including small hydro dams in Mali and Ivory Coast, and gas-fired power plants in Cameroon and Ghana. “Our presence in Senegal and Ivory Coast is a platform to develop our business model across the region,” he said. *Source theafricareport]]>