African universities will become irrelevant if they don’t focus on the role of science and engineering in development. By Calestous Juma* 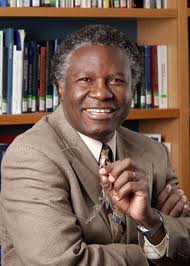 In a resounding attack on his country’s higher educational system, Uganda’s President Yoweri Museveni has dismissed arts courses as useless. He said it was “unfortunate that many universities continue teaching very useless courses at degree level rendering their graduates jobless after graduation.”

On the surface of it, Museveni might appear to play up the traditional rivalries between the arts and the sciences. Social scientists have justifiably responded to such attacks by underscoring how they contribute to social development.

Indeed, it was largely through the role of the social sciences and humanities that Africa was able to agitate for independence and create post-colonial states. Museveni himself sharpened his debating skills as an arts student at the University of Dar Es Salaam in Tanzania.

The times are changing faster than most universities can adapt to new development needs. Running a state bureaucracy requires following procedures and respecting hierarchies, growing a dynamic economy demands pushing entrepreneurial frontiers. Government is largely about preserving tradition; entrepreneurship is about disrupting it.

It is for this reason that Museveni advised universities “to teach courses that impart life skills and science in line with the country’s increasing need for professionals.” The focus here is to promote different kinds of professionals in emerging sectors such as energy, agribusiness, industry, services and healthcare.

In essence, Museveni is calling for creation of a new generation of “developmental universities” which focus on building skills, fostering entrepreneurs and championing new research. Attempts to promote this kind of education are often resisted by incumbent universities which defend the status quo. They seek to defend themselves against the possible erosion of their influence and access to power and finances

Museveni’s critique is a reflection of deeper interest among African leaders to bring their educational systems in line with contemporary development needs. Addressing the complex challenges associated with development will require greater investment in technical skills, not just sharper debating skills. The focus on leveraging universities as “centres of excellence” is a focus of the continent’s aspirational Agenda 2063. This vision is reflected in the 10-year Science, Technology and Innovation Strategy adopted by the African Union in June 2014. To implement the vision, African organisations are exploring partnerships with leading science and technology universities around the world. An example of this is the Forum on Science, Technology and Innovation in Africa that will be host by the Massachusetts Institute of Technology on September 24. Efforts to bring higher education in line with development needs are some of the most political challenges countries around the world face. This is even more so in African countries where universities sometimes operate like de facto political parties. Fortunately, there are numerous lessons that Africa can learn from. First, Africa’s demand for higher education is rising. This gives every country the opportunity to redesign the next generation of universities. Ethiopia, for example, has created 24 new universities with a focus on science and technology. 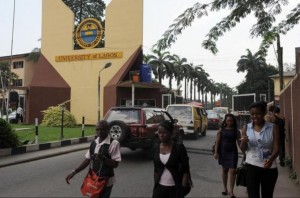 The newly-created Addis Ababa Science and Technology University has launched a new course in leather technology taking advantage of the country’s preeminent role in the production of hides and skins. The country is expanding technical training without diminishing the role of the social sciences and the humanities. Second, Africa’s historical structure where universities teach but do little research, and national institutes do research but do little teaching. Most of the national research institutes focus on science and technology and can provide the basis for new research universities. For example, Uganda’s Kawanda Agricultural Research Institute has one of Africa’s most advanced biotechnology research programmes. It could be nucleus for a new agricultural research university under its parent ministry of agriculture. This could follow the model of Tanzania which has four of its technical universities operating under the Ministry of Telecommunications, Science and Technology. In addition to upgrading research institutes, many of Africa’s line ministries have training institutes on issues such as energy, water, agriculture, transportation, health, telecommunications and housing. Kenya andGhana have turned telecommunications training institutes into new universities that help meet the needs their telecommunications sectors. Egypt’s Nile University was created under the telecoms ministry to address similar challenges. Another example is the Uganda University of Military Science and Technology which focuses on engineering training operating under the Uganda People’s Defence Force. Third, enterprises can play a key role in expanding higher technical training. Public and private firms sponsor in-house and external training. Some of these activities could be consolidated across industries to create enterprise-based colleges and universities. Companies such as LG have a long history of providing in-house university-level training. Biocon, India largest biotechnology firm has emulated their approach by creating the Biocon Academy. Public corporations such as the Pohang Iron and Steel in South Korea and Petrobras in Brazil have also created universities to meet national skill development needs. Many of the large firms such as GE, IBM, Intel, and Samsung operate training programmes which have the potential of being upgraded into university-level academies. Local governments could also partner with them by funding students from national universities to receive industrial training in such firms. These examples illustrate ways by which African countries can expand higher technical training without necessarily creating conflict between the various disciplines. But to do this national development strategies explicitly stress the role of technical training. The age of training people to look for jobs that do not exist is over. If universities do not reinvent themselves, emerging economic demands will render them irrelevant more harshly than the presidents like Museveni can criticise them. *Source Al Jazeera .Calestous Juma is Dr Martin Luther King, Jr Visiting Professor at the Department of Urban Studies and Planning at the Massachusetts Institute of Technology. He is on leave from Harvard Kennedy School where he is Professor of the Practice of International Development and Faculty Chair of theInnovation and Economic Development Program as well as the Edward S Mason Fellows Program. He is author of The New Harvest: Agricultural Innovation in Africa.