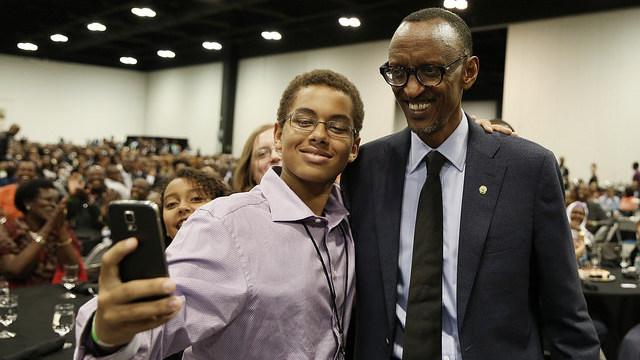 President Kagame poses for a selfie with one of the particiapants at Rwanda Day celebrations in Atlanta, U.S. on Saturday[/caption] It was all fun Saturday as Rwandans in the Diaspora met in Atlanta, Georgia, U.S., for the annual Rwanda Day celebrations. Kids were seen taking selfies with President Kagame as cultural dancers entertained the huge crowd. Kagame told Rwandans gathered for the 6th edition of Rwanda Day that “being deprived of self worth for so long taught us the full meaning of Agaciro.” He said Agaciro is about creating self worth. “Self worth is only achieved if all of us together value one another. Unity, standing together and holding one another accountable, means we are fulfilling the responsibility of Agaciro,” advised Kagame. “Think big, think beyond yourself and contribute to the well being of your neighbor the same way he or she contributes to yours.” [caption id="attachment_12230" align="alignleft" width="640"] 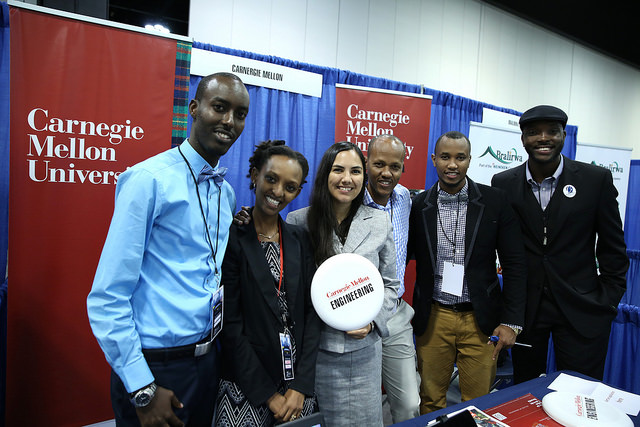 Some of the Rwandans in Diaspora enjoying the celebrations[/caption] Credited for turning around the country’s economy, infrastructure and human resource after the 1994 genocide, Kagame said the best way to bring the best out of people is to allow them to participate in decision that affects their lives. He elaborated on the sticky issue of donor aid, saying, “when building your country, you welcome outside help but you cannot be disrespected in your home.” He is thought to have been referring to western donors who slash aid at their will especially basing on disputed reports by human rights groups. Kagame said problems will always be there, “you cannot run away from them, you have to confront them.” He also used the same platform to blast divisive politics, saying, “Our politics are about building through unity not destroying through division.” Ambassador Andrew Young appreciated “the true leadership that we have been blessed with in President Kagame,” adding, “Rwanda is one of the few countries where I could live happily, invest, raise my children and enjoy peace and prosperity.” [caption id="attachment_12232" align="alignleft" width="640"] 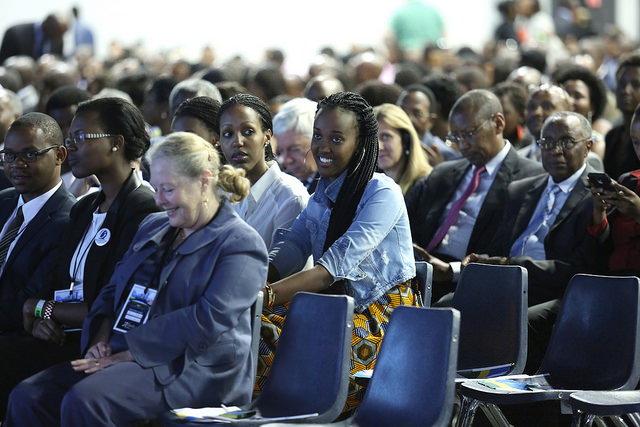 The function attracted hundreds of Rwandans from the diaspora[/caption] The event was aimed at celebrating 20 years of liberation (Kwibohora) and the progress Rwanda has made, as well as a chance to discuss solutions to the country’s solutions. *Source chimpreports]]>