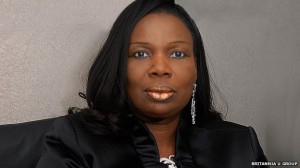 The oil and gas industry is still overwhelmingly male, with surveys showing that the executive boardrooms of petroleum companies are mostly a boys’ club.

In Nigeria, a number of well-financed businesswomen are aiming to change the picture there. The Petroleum Minister Diezani Alison-Madueke is a powerful figurehead for them. “The fact that two of the biggest cabinet positions in Nigeria, petroleum and finance, are held by women, show how far we have come,” she told a recent meeting in Vienna, referring to the other prominent female member of the cabinet – Finance Minister Ngozi Okonjo-Iweala. “We are there not because we are women. We are there because of our competence as managers.” Yet as surveys make clear, women managers are still in the minority in the world’s oil and gas companies. Laura Manson-Smith, a consulting partner at PricewaterhouseCoopers, says the representation picture is dismal. “I was surprised at how low the percentage of female directors was [in oil and gas firms around the globe] – 11%, most of them are in non-executive positions, 1% of executive board seats are held by women.” Offshore drilling Nigeria, the world’s 14th-largest oil producing country with 2.4 million barrels a day, has taken steps to open up its oil industry to locals, a policy known as “indigenisation.” Now a handful of female entrepreneurs are hoping to build on that, by increasing women’s stake in the industry.

“When we were growing up we only had Margaret Thatcher,” says Amy Jadesimi, the managing director of Ladol, a petroleum services company based in Lagos. 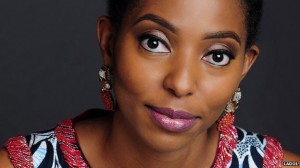 “‘People trust women more,” says Ladol’s Amy Jadesimi[/caption] Dr Jadesimi, a thirty-something former Goldman Sachs analyst, medical doctor and MBA says that today, “woman are taking for granted, that of course a woman can reach the highest levels of society”. Ladol has turned a site reclaimed from a swamp and an industrial wasteland into a $500m (£300m) port facility to support offshore drilling operations, including ship repair, maintenance, engineering and construction. It is planning a second phase of expansion that will take the investment to $1bn. “Nobody had done what we’d done before across the whole of West Africa,” says Dr Jadesimi. Catherine Uju Ifejika is chairman and chief executive of the Britannia U Group, a group of oil and gas companies. Her business bought a stake in a major oil and gas field, Ajapa. The reserves, according to Britannia, are worth $4.3bn. “You men, you don’t even know how to boil water or where the children’s school uniforms are,” she jokes. “We are able to hold your homes together, and we are beginning to translate that into boardroom jobs, and then owning companies. In six years I have formed seven companies.” She says 70% of her staff are men, “and they’re not used to having a woman as a chairman or chief executive – a woman, a black woman, a black African woman.” Thinking big Oil accounts for 95% of Nigeria’s foreign exchange revenues. And though it supplies only 15% of the country’s GDP ($522bn) it is the most symbolic industry.

Winihin Ayuli-Jemide, a Lagos-based entrepreneur and former lawyer, is a leading advocate of research on women in business and government.

She argues that one of the reasons South Africa was the dominant economy in Africa for so long is that South African women have been deeply involved in businesses of all sizes. “They dominate the low capital businesses, the ‘informal sector’ such as manufacturing knitwear, tie and dye and homemade food for sale in municipal markets.” “At the level of small to medium enterprises, they’re well ingrained and established.” [caption id="attachment_11957" align="alignleft" width="300"] 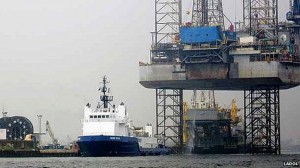 Ladol plans to invest up to $1bn developing port facilities in Lagos[/caption] She wants Nigerian women to think bigger – and to investment in areas such as oil and gas. “When I was working for a large investment company in the City of London, the other woman on the board was the human resources director,” said Jennie Paterson, founder of the financial consulting firm Fraser Whitley. “I think we need to encourage women to have a broader executive skillset.” Women ‘are trusted more’ Yewande Sadiku is chief executive of the Lagos-based financing firm Stanbic IBTC Capital. She says that the lenders providing loans to Nigerian and other African women too often had a limited outlook. They only think women are good customers for micro-finance loans, she argues. “[This mentality] says, let’s give them lots of small loans, 50,000 to 100,000 naira, ($300 to $700), so they can run small businesses and feed their families,” she says. “Raising funds is difficult, but to be honest, people trust women more,” Amy Jadesimi laughs. “You have to have a watertight proposal, make a good financing case and be confident in your pitch.” [caption id="attachment_11958" align="alignright" width="300"] 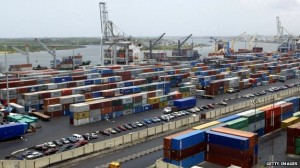 Oil accounts for 95% of Nigeria’s foreign exchange revenues[/caption] A series of studies by McKinsey titled Women Matter, found that companies with a higher proportion of female executives showed stronger financial performance than those with no women in top positions. The study showed that women tended to apply certain “leadership behaviours” more than men. They included people development, setting expectations and rewards and acting as role models. Winihin Ayuli-Jemide welcomes these studies. “In Africa we really don’t have information about gender issues”, she said. “Nothing on how we are doing in the economy.” “In oil and gas, women are emerging. There is a business case for it.” *Source BBC]]>