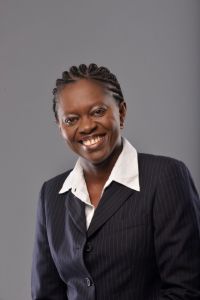 A Kenyan scientist, Dr Faith Osier, has been awarded one of the most prestigious prizes for African Science. The Royal Society Pfizer prize is awarded annually to a young scientist based in Africa, and recognises research scientists making innovative contributions to the biological sciences, including basic medical science. On August 5, 2014, the Royal Society announced that the 2014 Royal Society Pfizer prize was to be awarded to KEMRI Wellcome Trust Research Programme scientist Dr Faith Osier, for her research on understanding the mechanisms of immunity to malaria infection in man. Dr Osier leads a team of young researchers at the programme to understand how children living in areas with a high malaria infection rate develop immunity to the disease. This work is important in contributing to the search for malaria vaccines. Dr Osier was also recently awarded the prestigious African Research Leader Award from the UK Medical Research Council (MRC)/Department for International Development (DfID). She joined the programme in 1998 and immediately became intrigued in developing a better understanding of how people, children in particular, could develop immunity to malaria. Dr Osier has developed strong collaborations in this work with the Burnet Institute in Australia and the Wellcome Trust Sanger Institute in the UK. On hearing of the award, Dr Osier said, “I am delighted and excited by the Royal Society Pfizer prize award, which I see as an award to my whole research team. It is our dream to build strong science in Africa which contributes to solving Africa’s major health problems.” Professor Solomon Mpoke, Director of the Kenya Medical Research Institute (KEMRI) said, “We congratulate Dr Osier on this outstanding achievement, which shows the strength of Kenyan science. The work of Dr Osier and a new generation of Kenyan researchers like her is critical to driving development in Kenya and the wider region.” Professor Berhanu Abegaz, Director of the African Academy of Sciences concurred with Professor Mpoke saying, “This is wonderful news. The Royal Society is one of the world’s most prestigious scientific institutions and the award of this prize is a tremendous boost to Kenyan and African science.” *Source ndm]]>