Kenya is set to be classified as a middle income country, 16 years ahead of schedule, with the release of revised figures for the economy.
[caption id="attachment_12387" align="alignleft" width="600"] 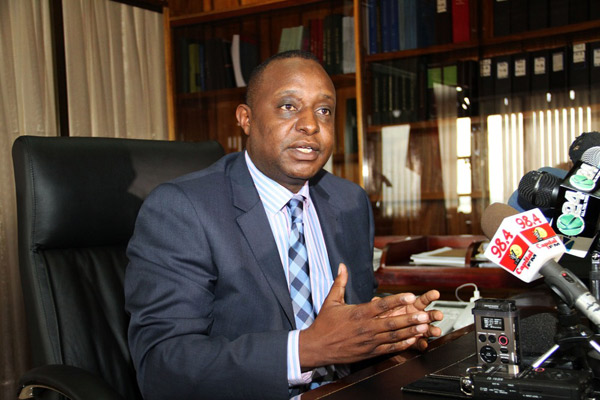 Treasury Cabinet Secretary Henry Rotich. Kenya is set to be classified as a middle-income country, 16 years ahead of schedule, with the release of revised figures for the economy. FILE PHOTO | NATION MEDIA GROUP.[/caption] At an event to be witnessed by both the World Bank and the International Monetary Fund officials on Tuesday, government officials will release new economic data revising the country’s current wealth by 20 per cent and effectively lifting the nation to middle-income status ahead of 2030 target.
PRODUCTIVE SECTORS Kenya will join Nigeria in releasing revised economic growth data. The latter rebased its GDP figures in April, overtaking South Africa as the continent’s number one economy. Nigeria’s rebasing resulted in an 89 per cent expansion.
Last year, the World Bank estimated Kenya’s GDP — the market value of all goods and services that the country produces in a year — to be Sh3.9 trillion ($44 billion).
Rebasing of the economy by more than a fifth puts the country at a GDP of Sh4.7 trillion ($52.8 billion), raising the per capita income to Sh105,975 ($1,190), up from the current Sh87,936 ($988), and well above $1,036 (Sh89,821) set by the World Bank for middle-income nations.
According to Citibank head of markets Ignatius Chicha, Kenya’s new status as a middle-class economy will give the government more room for borrowing for infrastructure spending given a bigger capacity to absorb more funds.
INFRASTRUCTURE SPENDING
He said increased spending in infrastructure will stimulate productive sectors of the economy and this will result in a trickle-down effect that will help improve the living status of the poor.
“If the GDP grows to say $55 billion, it will give the government room for more borrowing as the GDP-to-debt ratio will decline,” Mr Chicha said.
Some analysts, however, say the economic status of most Kenyans may not get any better even with the new status.
University of Nairobi development economist Samuel Nyandemo said that whereas the economy will improve, the life of the man on the street will not get any better.
He cited the high cost of living and income inequalities that have seen the poor sink further into poverty and the richer become even richer.
“The issue here is the unfair distribution of the national cake. Even with a bigger economy, the rich will continue being rich and the poor will continue being poor,” Dr Nyandemo told theNation.
ACCESS TO CHEAP LOANS
There are also concerns that Kenya could lose access to concessional loans from international finance and development institutions when a rebasing of the country’s economy elevates it into middle-income status.
The Parliamentary Budget Office (PBO) said last week in a report that rebasing of Kenya’s GDP and pushing the country into middle-income status will take away access to concessional loans and grants.
Low-income countries enjoy highly concessional loans and grants to aid in their development agenda.
Concessional loans carry lower interest rates and have a longer repayment period compared with commercial advances, while grants are non-refundable funds given out by countries or organisations.
The PBO said that this would result in increased pressure on expenditure demands on locally raised revenue. *Source Daily Nation
]]>