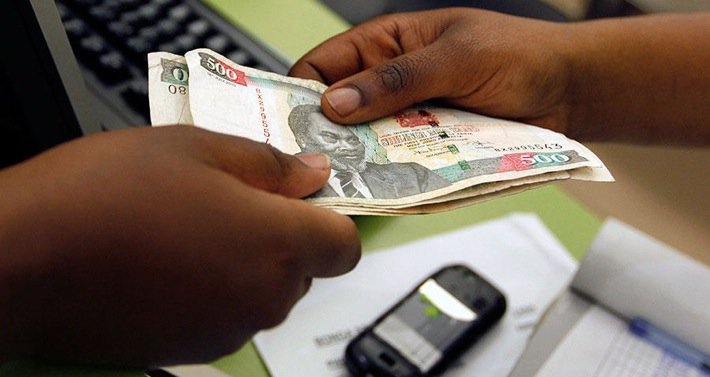 Changes in assessing agriculture, manufacturing and real estate accounted for most of the GDP rise. Photo©Reuters[/caption] Kenya has joined Africa’s top ten economies after its gross domestic product was estimated to be 25 percent bigger. This comes after the east African country’s authorities changed the base calculation year to 2009 from 2001. Economic output was calculated to be 4.76 trillion shillings ($53.4 billion) in 2013 after the rebasing, up from 3.8 trillion shillings ($42.6 billion), the minister for devolution and planning, Anne Waiguru, told a news conference on Tuesday. That takes Kenya up to ninth in Africa’s GDP rankings from 12th, above Ghana, Tunisia and Ethiopia but below oil-producing Sudan based on a World Bank table for 2013. The rebasing exercise means debt levels fall as a proportion of GDP, a closely watched ratio, and could give the government some leeway for more borrowing to help finance its plans to build new transport links and repair creaking infrastructure. But revising the estimated size of GDP does not change Kenya’s ability to repay additional loans nor does it mean it has more income to spend on development in a nation where many people are poor, roads are potholed and power supply is scarce. “This gives us a little bit of welcome breathing space … not an opportunity to open the cash register,” said public policy and economic analyst Robert Shaw. As with other rebasings in Africa, the move takes into account structural and other economic changes, such as new technology, and updates the base year for prices. Kenya’s GDP revision follows the far more dramatic rebasing earlier this year of Nigeria’s economy when it changed the base year from 1990 to 2010 and, as a result, vaulted above South Africa to become Africa’s biggest economy. Kenya’s rebasing was less pronounced because the gap with 2001 and the new base year of 2009 was shorter. Changes in assessing agriculture, manufacturing and real estate accounted for most of the GDP rise. Technology and related fields are now treated as a standalone sector, taking into account a vibrant industry in Kenya, which has pioneered mobile telephone payments systems and exported the idea across Africa and beyond. The economy could also get a further boost in a few years when commercial oil production is expected to start. With the rebasing, economic growth was revised to 5.7 percent in 2013, up from the previous estimate of 4.7 percent, a figure that had been below expectations and was partly blamed on a spate of militant attacks and a decline in tourism. Middle income nation “The new numbers are credible and they constitute an important improvement in the economic and statistical knowledge base for Kenya,” Diariétou Gaye, the World Bank’s country director for Kenya, said, adding that a World Bank team joined other experts conducting a peer review of the rebasing exercise. Based on a debt figure of 2.4 billion shillings released in August after Kenya’s heavily oversubscribed, maiden Eurobond, the debt-to-GDP ratio falls to about 50 percent from 57 percent previously, according to a Reuters calculation. But economists said a lower ratio did not mean the government was any better positioned to take out more loans. “Debt service capacity and export growth, neither of which is expected to be substantially revised, are much more important when it comes to being able to take on more debt,” Razia Khan, London-based Africa economist at Standard Chartered Bank, said before Tuesday’s announcement. With a population of about 44 million people, the new GDP figure implies economic output per capita stands at more than $1,200. That would push Kenya onto the bottom rung of middle income states, according to the World Bank’s $1,045 to $12,746 band. A higher income ranking means it might not benefit from some aid designed for the poorest countries, economists say. Conversely, investors may be more attracted to a nation with a population that has more cash to spend, although many investors have already factored that into their calculations. “If you look at the kind of investment flow already attracted by Kenya, the implicit assumption is that investors already treated it as a middle income country,” said Khan. The new status and a bigger economy have no direct impact on the lives of ordinary Kenyans, who are frustrated by poor roads and services. “The potholes are still there,” said analyst Shaw. *.theafricareport]]>