In recent weeks the All Progressive Congress(APC) has been rocked with a tidal wave of defection of a founding member in Chief Tom Ikimi and the party’s 2011 presidential candidate, Mallam Nuhu Ribadu to the party Nigerians loathe but can’t vote out of power at the centre, the Peoples Democratic Party(PDP).  Ikimi’s grievance with the APC hierarchy stems from how he was barred from contesting the party’s chairmanship position.

The ease with which politicians decamp and recamp(return to a party one has left in the past) – the latest addition to Nigeria’s political lexicon – erodes any shadow of doubt if any ideological basis exists for much of what goes on in Nigeria’s political landscape. Defection has become the trade in stock of many politicians who have found such canvassing phrases as “there is no party that is exclusively for the good people or for the bad people,” reminding us of the sameness of the two major political parties as basis for cross carpeting.

Close observers of unfolding political events were not jolted by Chief Ikimi’s official resignation of his membership of the APC, after many weeks of withdrawal from party activities without disclosing his next political destination. His antecedents have shown he has no particular conviction. His political sojourn has seen him traversed the defunct APP, ANPP, ACN, PDP. The former Foreign Affairs Minister was a founding member of the APC. He was instrumental in the alliance that metamorphosed into the mega opposition party. It is only a matter of time before he recamps to the PDP. He has already expressed his readiness to join the ruling party and bring his wealth of experience to bear when members of the ruling party’s BoT, including Chief Tony Anenih and National Vice Chairman, Prince Uche Secondus, led by the PDP National Chairman, Adamu Mu’azu, paid Ikimi an august visit.

Indeed, Ikimi and Ribadu, like every other politician and Nigerian, have every right to exercise their freedom of association with any political party in the country, but it should be consistent with the ideology and principle that defines the character of the politician and his political party.

However, the manner Chief Tom Ikimi and other founding members of the party like Alhaji Attahiru Bafawara, Mallam Ibrahim Shekarau, Brig-Gen Buba Marwa (rtd), Mr Marcus Gundiri among others who helped to nurture the APC to mega status, have drifted to the PDP calls for concern and genuine fears for the future of the progressive party. When such party stalwarts dump the APC in droves, it is an indication that Bola Tinubu, who prides himself as the sole financier of the party, regrettably, is not upholding democratic principles in the affairs of his party. If the APC retains and wins more seats or otherwise in 2015, the party takes the credit, if not the APC will pay the price for his highhandedness. The buck stops with him. This is the party Nigerians are looking up to as an alternate platform to wrestle power from the PDP.

What shall we say of Mallam Nuhu Ribadu? He once described the PDP as a disaster and a total failure in his heyday in the APC. In the weeks leading up to the PDP governorship primaries for Adamawa state bye-election, the former anti-corruption czar joined the PDP, the only party he thinks on whose platform can make him realise his ambition to hold elective office. These days, he regales us with tales of the sameness of PDP and APC. He was quoted as saying ‘there is no party that is exclusively for the good people or for the bad people’ That Ribadu has taken a walk from the APC has raised all sort of personality and ideological issues particularly as it affects young Nigerians who hitherto looked up to such political figures for some sort of mentorship.

Consequently, many have called Ribadu’s character into question, especially those who were cynical about the manner he discharged his duties as EFCC Boss. He seem to have acted in character that is consistent with other Nigerian politicians even if his ‘intolerant’ and ‘ruthless’ stand against corruption gave him a garb of incorruptibility. Since he joined the murky waters of Nigeria’s politics, he has become a turncoat-in-waiting. Indeed, Ribadu the politician is different from Ribadu the crime fighter who once sat atop Nigeria’s foremost anti-graft agency.

Has Ribadu lost faith and confidence in the APC for allegedly selling out in the 2011 general elections to the PDP Goodluck Jonathan candidacy? If truly Ribadu was sacrificed by his own party whose attitude to winning the election was at best casual, as Ikimi submitted in his lengthy missive to Bola Tinubu, who sold out the party? Could it be that Ribadu’s heart and soul has never been with the APC since then? Has he been hobnobbing with PDP politicians all the while? Or maybe he thought to himself, if the party could sell out at the eleventh hour in 2011, there is nothing stopping the APC from repeating such this time?

Essentially, nothing separates a politician in party A from another in party B. The current wave of impeachment blowing across the country is yet another indication that politicians do not have any genuine intention to serve the people. They seek personal elevation and gains to quench their insatiable greed for power. It is this brand of politics that has thrown up charlatans in political offices and the present leadership bankruptcy in the country.

Elsewhere, lifetime commitments to political parties and ideologies are made that even transcends to generations unborn. Political parties have clearly defined principles that differentiate them from other parties.

Nigerian politicians suffer from compulsive obsessive disorder to occupy political office and will stop at nothing; defecting from one party to another, sponsoring terrorism, blackmail, cultism, rigging and all what not to clinch power. Their desperation to occupy political office and lack of political character cannot deepen democracy. To them, principle should never be an issue on the front burner, ideology and manifestoes mean nothing on the premise of the fallacy that the end justifies the means. 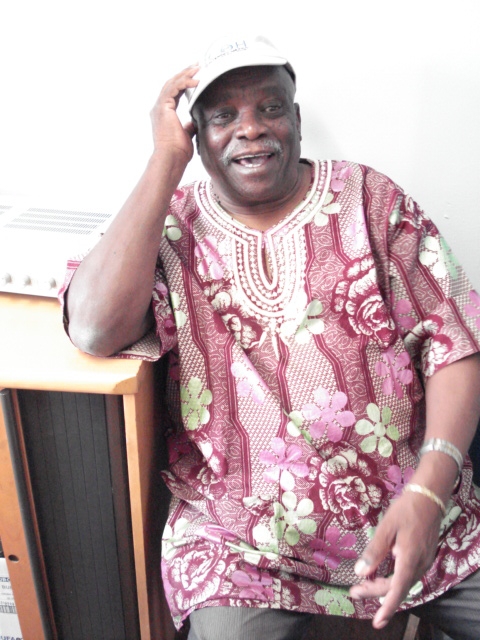